Tickets go on pre-sale on May 12 with this tour beginning in El Cajon, California on August 23. With only six shows, the pair is set to travel the nation and even head into Canada for their finale Toronto show. Fans can expect showings in San Francisco, Chicago and New York too.

The show is advertised as being performed “live for the FIRST and LAST time in the USA & CANADA,” as shown on the flyer below.

Soft Cell is likely to perform their hugely popular “Tainted Love” in addition to other hits such as “Bruises on All My Illusions” and “Purple Zone” which is in collaboration with Pet Shop Boys.

The tour has dates throughout late August ranging from the 23 through the 31. 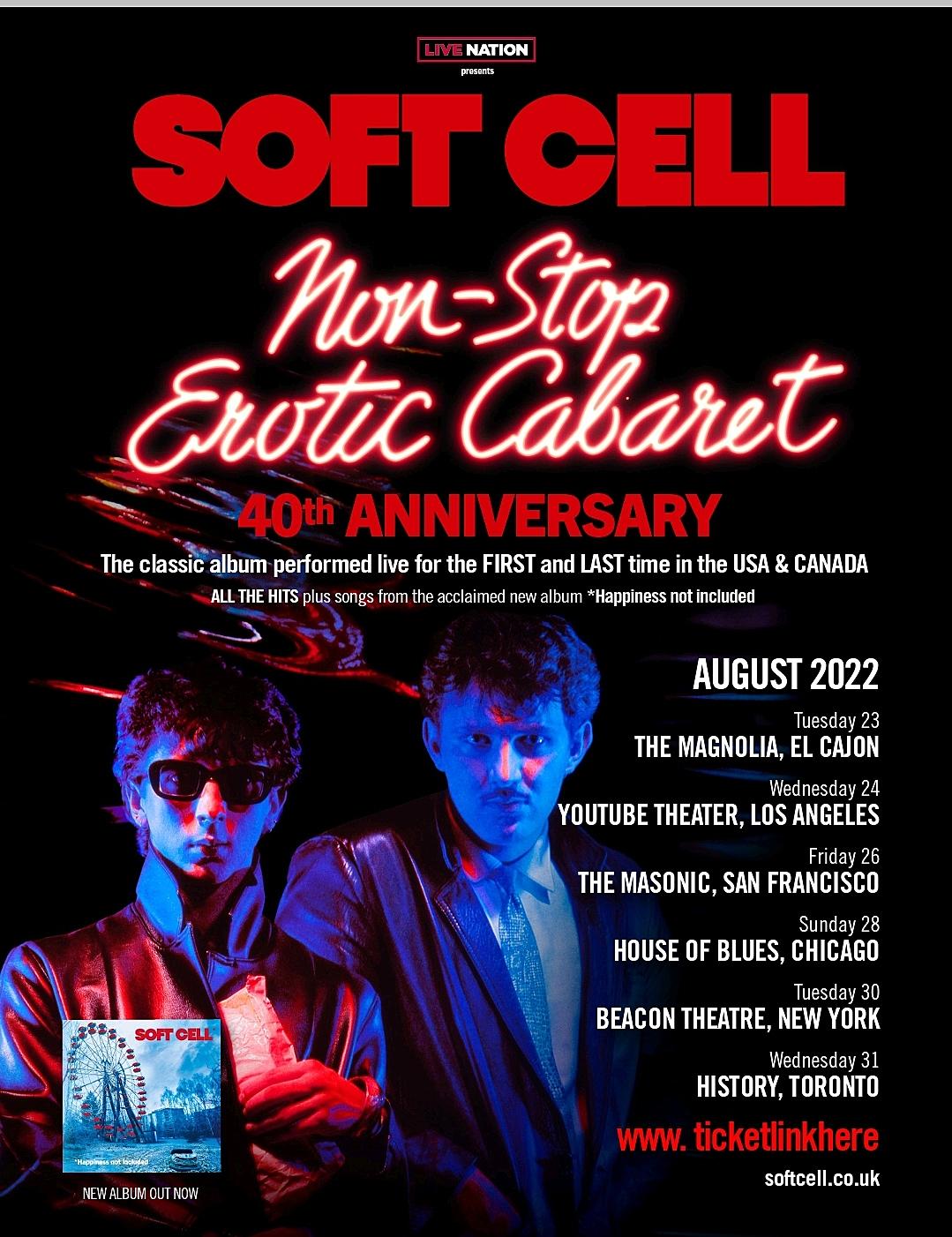