Minions: Rise of Gru reveals a star-studded soundtrack ensemble with new covers of classics. Most notably, the soundtrack pairs Diana Ross with Tame Impala for their song “Turn Up The Sunshine.” The album also features the voices of Kali Uchis, Thundercat, H.E.R., Verdine White, and more.

On May 10, Jack Antonoff, the producer of the album, announced the tracklist consisting of covers ranging from the 1960s and 1970s. The soundtrack will release on July 1 simultaneously with the film’s debut through Decca Records and Verve Label Group. The

Fans can expect a fun, fresh take on classic songs in this kid-friendly film. The artist list provides a blend of contemporary and established talent. The soundtrack includes original songs from RZA and Verdine White of Earth, Wind & Fire.

Phoebe Bridgers is set to sing “Goodbye To Love” by Carpenters, St. Vincent will perform “Funkytown” and Thundercat will cover Steve Miller Band’s “Fly Like An Eagle”. With a tracklist of 18 songs, there’s a lot to be expected from the album.

The fun soundtrack design art could be spotted across London with the bottom half including big artist names to entice audiences in guessing what the project could be, according to Stereogum.

The original Minions movie was released in 2015 leading to its long-awaited sequel seven years later, therefore it is no surprise this album promises a hefty performance. 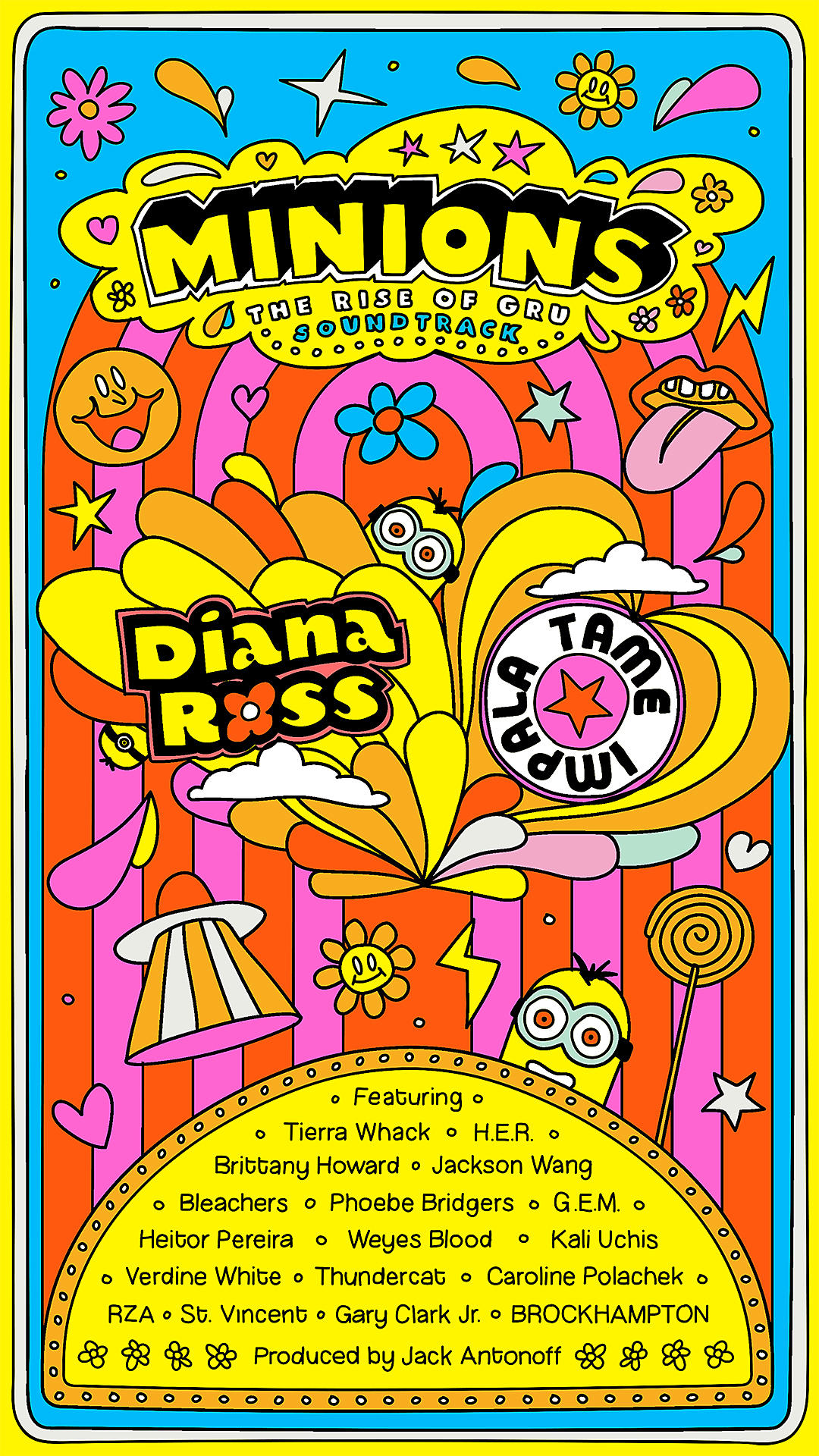