Rock and Metal fans unite! As the intense heavy metal band Mastodon and the infamous rock band Thrice announced Furnace Fest. Furnace Fest is a three-day music festival that is held in Sloss Furnaces in Birmingham, Alabama. The festival was originally set up annually from 2000 to 2003. The festival then took a break from hosting until 2021; a 17 year long hiatus.

The dates for the festival are from Friday September 3, to Sunday September 5. In the first day, rock fans will get to see Thrice in the headlines as they revisit their beloved 2002 album The Illusion of Safety in Full. Other performances that Friday will be from New Found Glory, Alexisonfire, Midtown, Shadows Fall, Quicksand and more.

Saturday, September 4 will feature Manchester Orchestra, The Ghost Inside, Elliott , Blindside playing the Silence album, Poison the Well and more. The festivals last day will include bands such as Descendents, The Story So Far, In Flames, American Nightmare, Avail, Four Year Strong and other iconic names, right before Mastodon closes the night.

According to Loudwire, the Furnace Fest was having difficulties during the Covid-19 pandemic, but showed severe progress opening the 2021 festival, “After countless difficulties (like a global pandemic and rescheduling three times) the ‘one-time resurrection’ went so well that we knew it was only fair to share the experience again. We’re beyond excited to share this lineup and are thrilled to welcome 90 total bands on four stages in one, if not the, most unique venues on the planet.”

Mastodon also released an acoustic version of their hit song “Teardrinker” on Thursday, March 17.
You can buy the tickets here at the Furnace Fest Website. 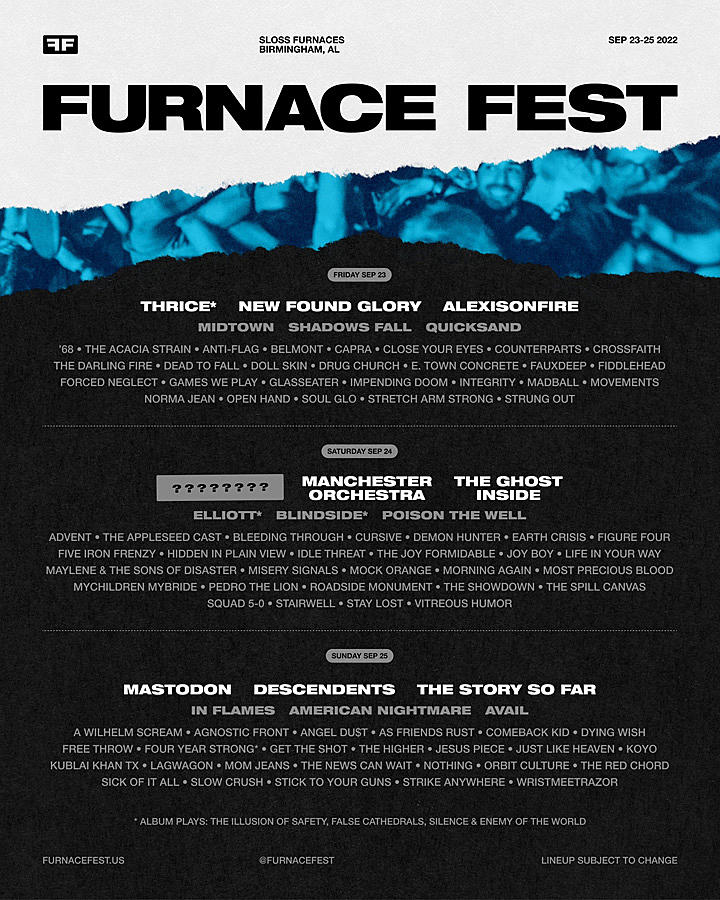