Matt Pike, of Grammy-Award winning, heavy metal Band High on Fire, will be set to release his debut solo album, Pike Vs. The Automaton, on February 18 of next year. Pike has already given a sneak peak of what is to come with his track, “Alien Slut Mom”. The heavy track contains deep vocals and plenty of guitar solos to feed the entire fandom and then some, finishing up with a soft ending. 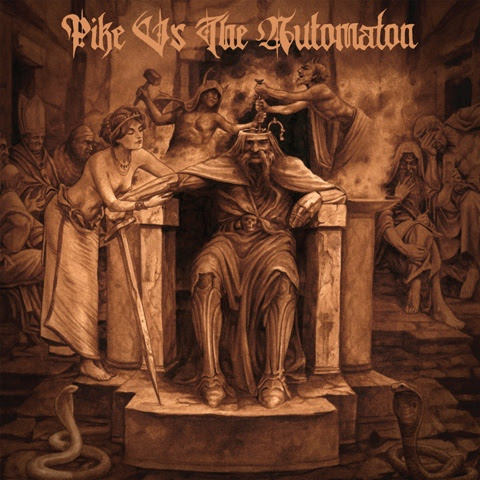 The accompanying music video is found on YouTube under PikevsAutomationVEVO, for those who have trouble finding it, and is a short film of just over 7 minutes. The video consists of Pike and some friends driving and gathering in a home in the woods, basically drinking and having a good time doing various activities, with sessions of smoking marijuana, which slowly turns into what looks like bouts of paranoia or a serious encounter with a wild beast in the darkness of the night. Yes, an alien does make an appearance, if you must know. The film comes to an end, just like any other where people go into the woods for fun, but you must watch to find out the details.

Just as fast as the announcement of the album came, you can also pre-order and pre-save the album just as fast. The album will be available in various special formats, including a cassette and the super fans will be able to obtain a special deluxe box set of the album as well. Check it out here.