Local H announced their 2021 tour supporting Soul Asylum, alongside Juliana Hatfield. They begin touring on August 3 in Pennsylvania. Unlike so many of their peers from the 90s, Local H has refused to slow down.

Since the band’s formation in 1990, they have released 8 studio albums, countless EPs and live records, a well-received series of “Mix Tapes” featuring a surprising mix of cover songs, and a steady stream of memorable singles that include “Eddie Vedder,” “Hands On The Bible,” “California Songs” and the rock radio staple “Bound For The Floor”. In addition to all of that, guitarist/vocalist Scott Lucas and drummer Ryan Harding have maintained a near-constant international touring schedule — forging a blistering live show that has amassed a loyal and enthusiastic fan base. 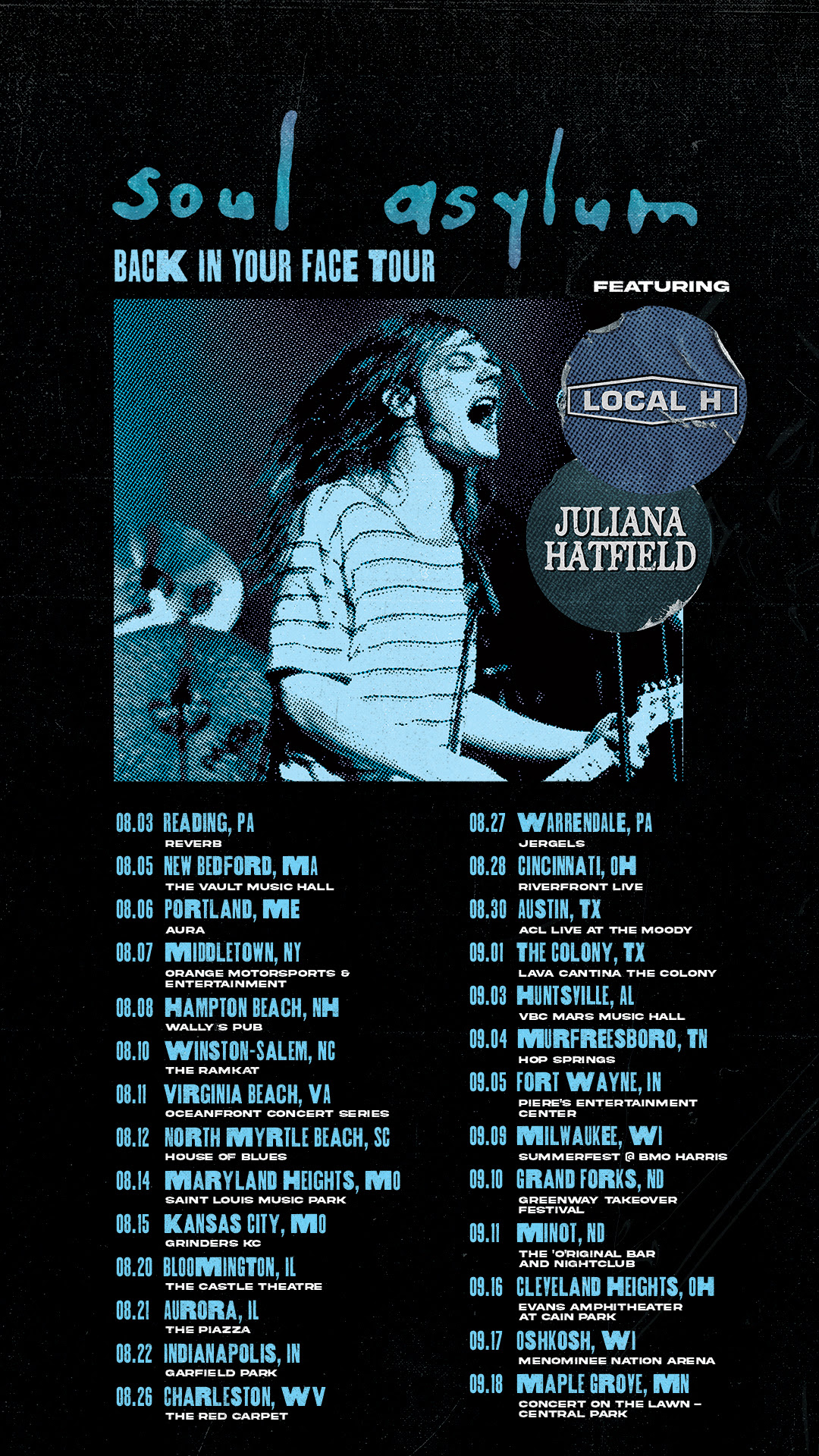 Back In Your Face Tour Dates