Renowned rock guitarist Tom Morello has announced today that he is releasing a collaborative new project with The Bloody Beetroots on a new EP called The Catastrophists. The EP, which comes out on June 18, will include a track called “Radium Girls” featuring Russian punk band Pussy Riot.

The music video for “Radium Girls” was released today, and has since received 3.1 thousand views on Youtube. The new single is a mixture of electronic pop and punk, complemented by Morello’s crunchy guitar riffs.

The song was co-written by Savages’ Jehnny Beth, as well as Carl Restivo, “Nadya TolokonniKova” and Simone Cogo. The concept for both the video (which was directed by Morello himself) and the single was based on the real life Radium Girls, a group of young women from Illinois who endured terrible and horrific abuse by the industrial industry.

“I spent every summer as a kid near Ottawa, Illinois where these doomed girls used deadly radium laced paint to make glow in the dark watches,” Morello said. “They were encouraged to lick the paintbrushes to a point to increase productivity and profit and in the end their bones literally fell apart from cancer and they were so toxic they had to be buried in lead lined coffins.”

The Catastrophists EP will feature 7 new tracks written and produced by Morello himself, as well as The Bloody Beetroots and Carl Restivo. It will also include the politically-heavy single “Weather Strike” which was released in collaboration with Pussy Riot last month. 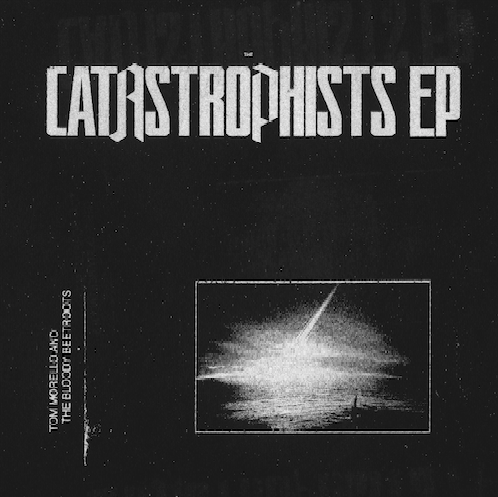