Oregon based alternative band The Dandy Warhols announced they will be hosting a live stream for their album 13 Tales From Urban Bohemia as part of the album’s 20th anniversary. The event is scheduled to take place on December 30, 2020 at Wonderland Ballroom and will be available to those who purchase tickets until 11:59 p.m. EST on January 2, 2021. Tickets can be purchased on their website.

13 Tales From Urban Bohemia was originally released on June 12, 2000 and contains some of The Dandy Warhols’ most well known songs including “Godless”, “Get Off” and “Bohemian Like You.” The album is considered the band’s breakthrough album and was preceded by Dandys Rule OK from 1995 and …The Dandy Warhols Come Down in 1997.

At the event the band plans to do a fan driven Q&A and discuss memories the band and fans had during the 13 Tales recording session and tour. The event will also be in conjunction with Danny Wimmer Presents. 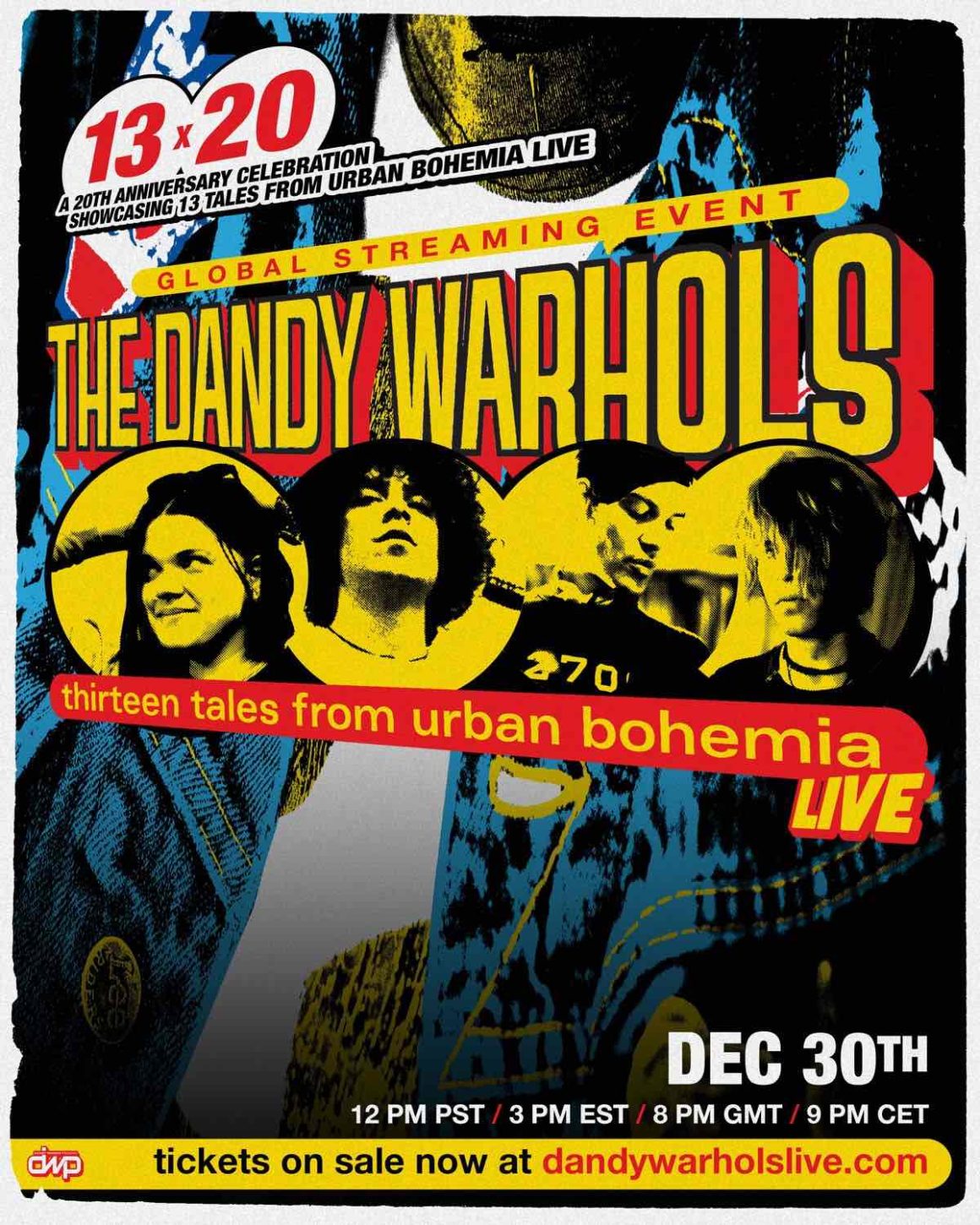