Formal Magical Cloudz frontman Devon Welsh has announced his second studio album as a solo artist. The album, titled True Love, will be released by his own record label You Are Accepted on October 11th. He has recently released two songs leading up to the new project; the lead single, “Faces“, was released on June 7th along with a music video, and another track, “War“, was also released with an accompanying video on July 12th. “War” appears to have not made the final album.

Welsh also has a few shows coming up soon in Canada and New York City. The one New York show will be taking place at Union Pool in Brooklyn on August 18th. Welsh’s first album, Dream Songs, was released on August 24th, 2018 to critical acclaim. Andrew Sacher of BrooklynVegan described the many unique cuts on that album as, “delicate, but they aren’t passive. The emotional weight in these songs is so heavy, that even the quietest moments have no trouble commanding your attention”. In the announcement of the upcoming album, Welsh described True Love as, “strengthen[ing] the poetry, illumination, and appealing minimalism of [his] best work”. 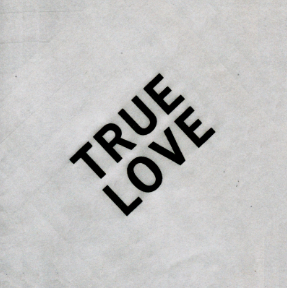 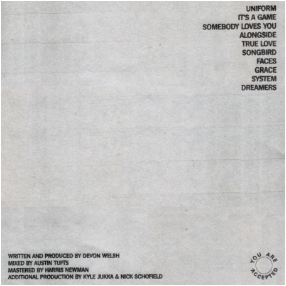