Newly formed band Droneflower is a collaboration between dream-folk artist Marissa Nadler and prolific metal musician Stephen Brodsky. The two played a dark and ruminative set, their second set ever, filled with original songs from their recently-released new album and covers at Brooklyn heavy metal bar Saint Vitus. If the mysterious and intimate venue wasn’t enough of an indication of how the show was going to be, the tenebrous figures that drifted around wearing Killing Joke t-shirts and clutching their Tecate cans certainly suggested that it would be a gig filled with ambient darkwave. 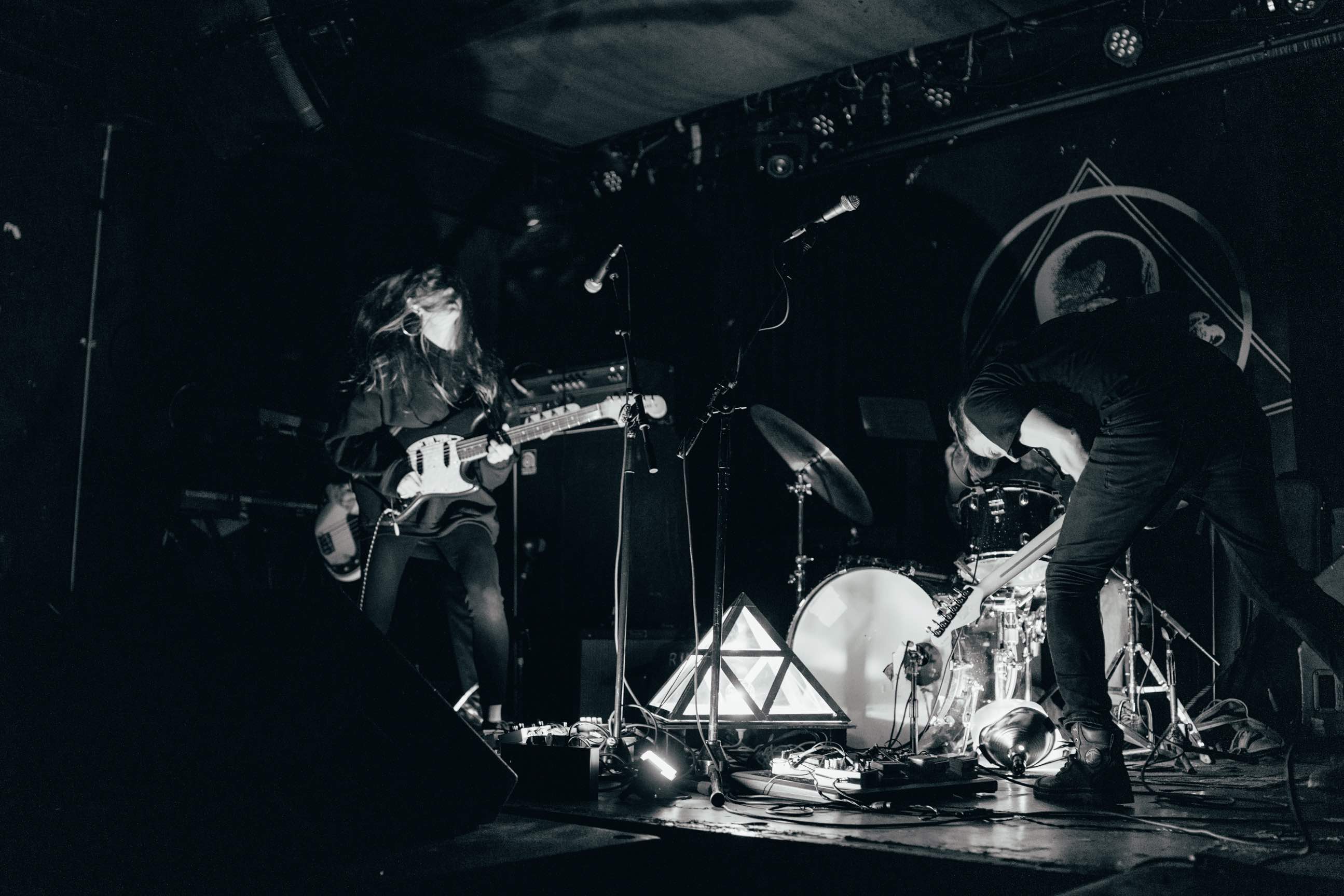 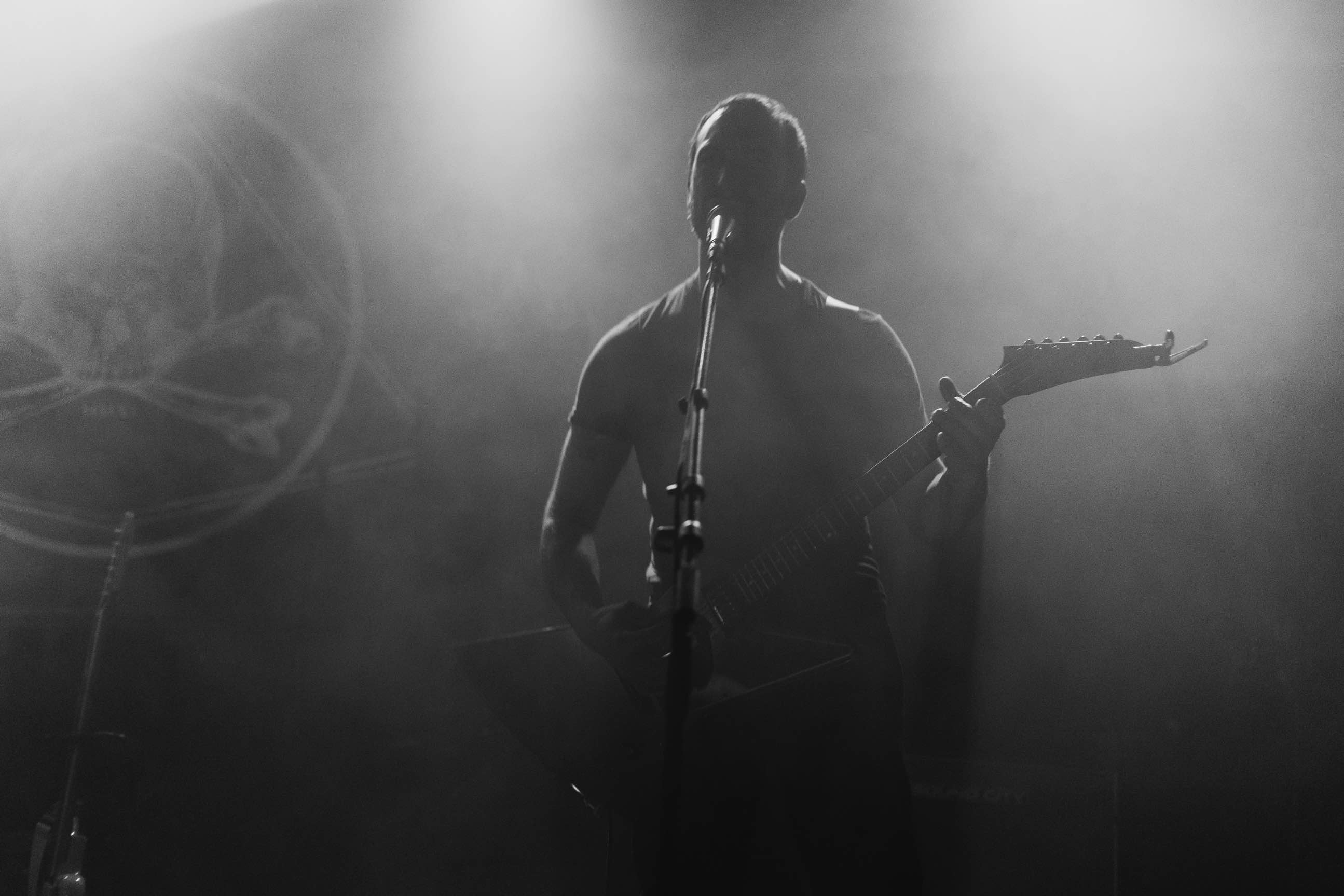 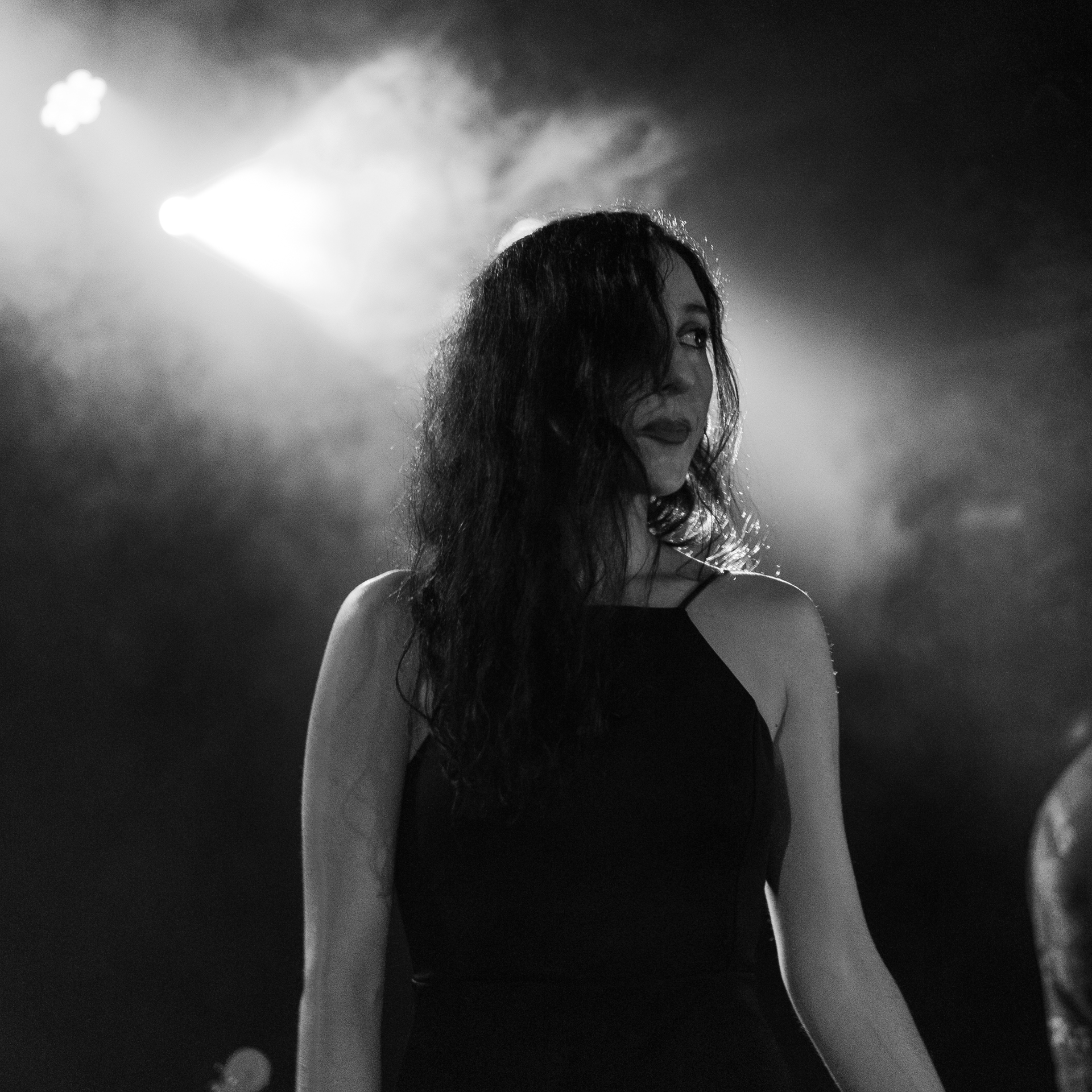 Nadler and Brodsky opened with the dark, lingering “Space Ghost 1.” Nadler’s dreamy vocals nuzzled into the melancholy piano while Brodsky stood in the shadows away from the red lights that bathed the stage. It then transitioned into “Watch the Time.” It was a surprisingly bluegrass-y song where guitar was plucked away in the background as Nadler sang, “You are mine, you are mine/Didn’t watch the time.” The classic and carefree Extreme song “More Than Words” descended into dark, dream pop when Nadler and Brodsky stripped away Nuno Bettencourt’s acoustic guitar and replaced it with intricate and somber instrumentals. It was the cover the audience didn’t know they needed until that precise moment. 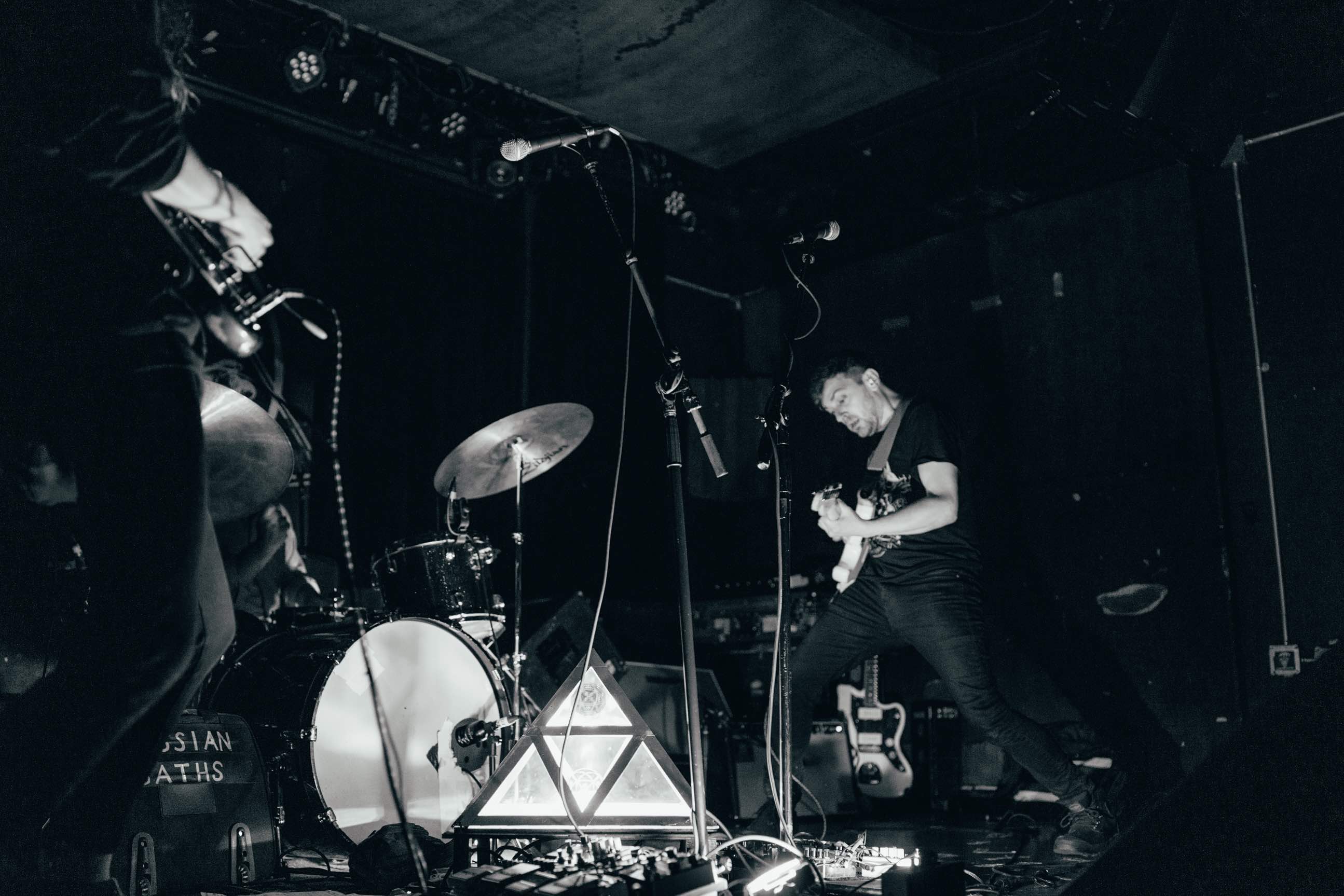 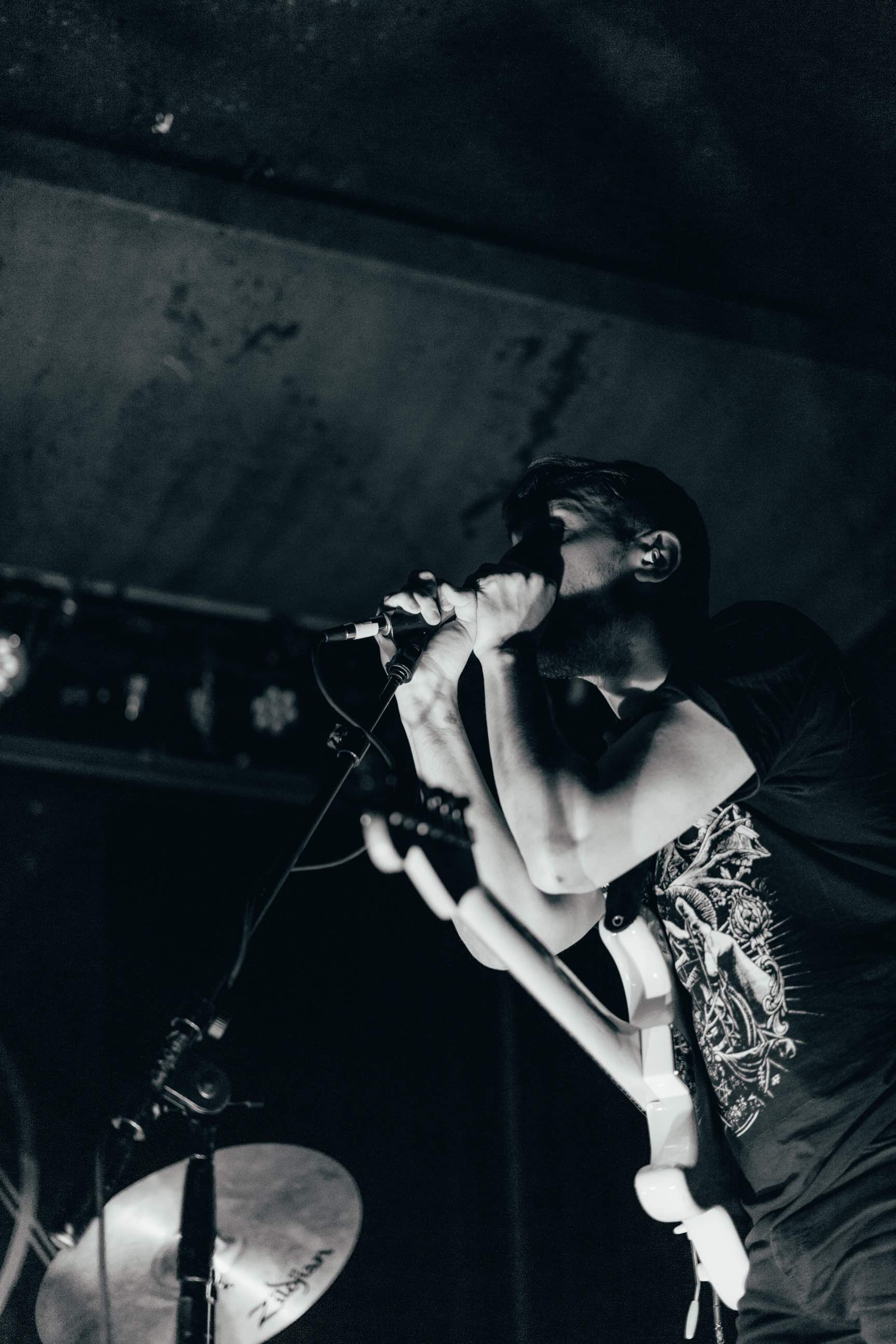 “For the Sun,” was a hazy song where forbidding and distorted guitar hung heavy in the background, Nadler’s ethereal vocals added to the sinister sound and warped it into a darkly hypnotic piece as she repeated and sang, “I wanna love you, but I don’t know how.” The Phil Collins song “In the Air Tonight” unveiled the more ominous sounds that were buried in the synthesizer and pop drenched ’80s hit while Danzig’s “Blood and Tears” was elevated by Nadler and Brodsky’s eerie additions. One of the most superb and mystifying songs of the evening was the Guns N’ Roses cover “Estranged.” Nadler’s voice leaned into the despair in the song and animated the lyrics in an acutely vulnerable way that GNR couldn’t quite pull off as well. 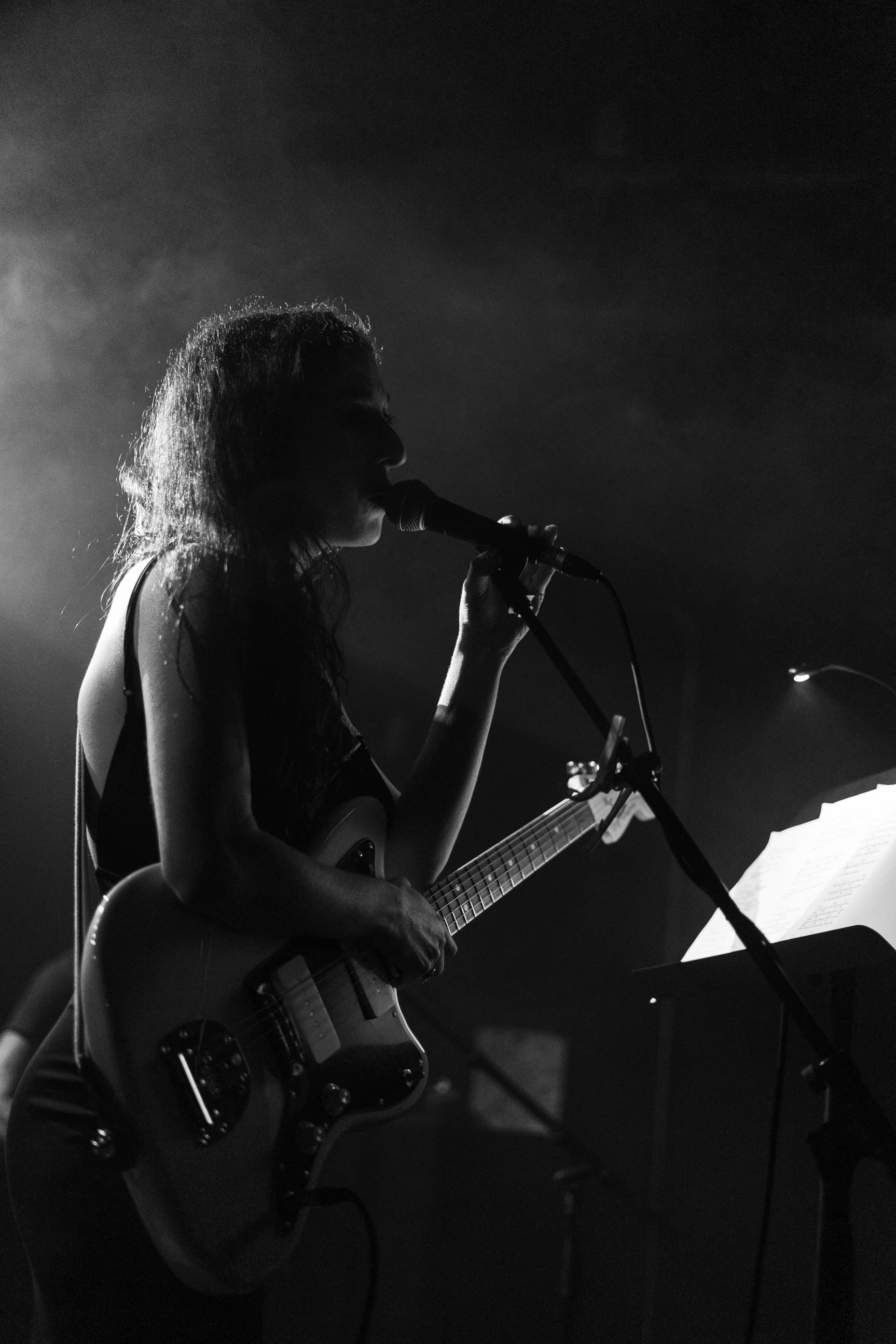 To describe a performance by Droneflower is difficult, as the show is so much about feeling and mood. It did not, however, isolate the listener and make the set inaccessible. Instead, the music plunged one into the bleak and enigmatic world that these artists inhabited and led them down a path of elaborate and ominous instrumentals and vocals. 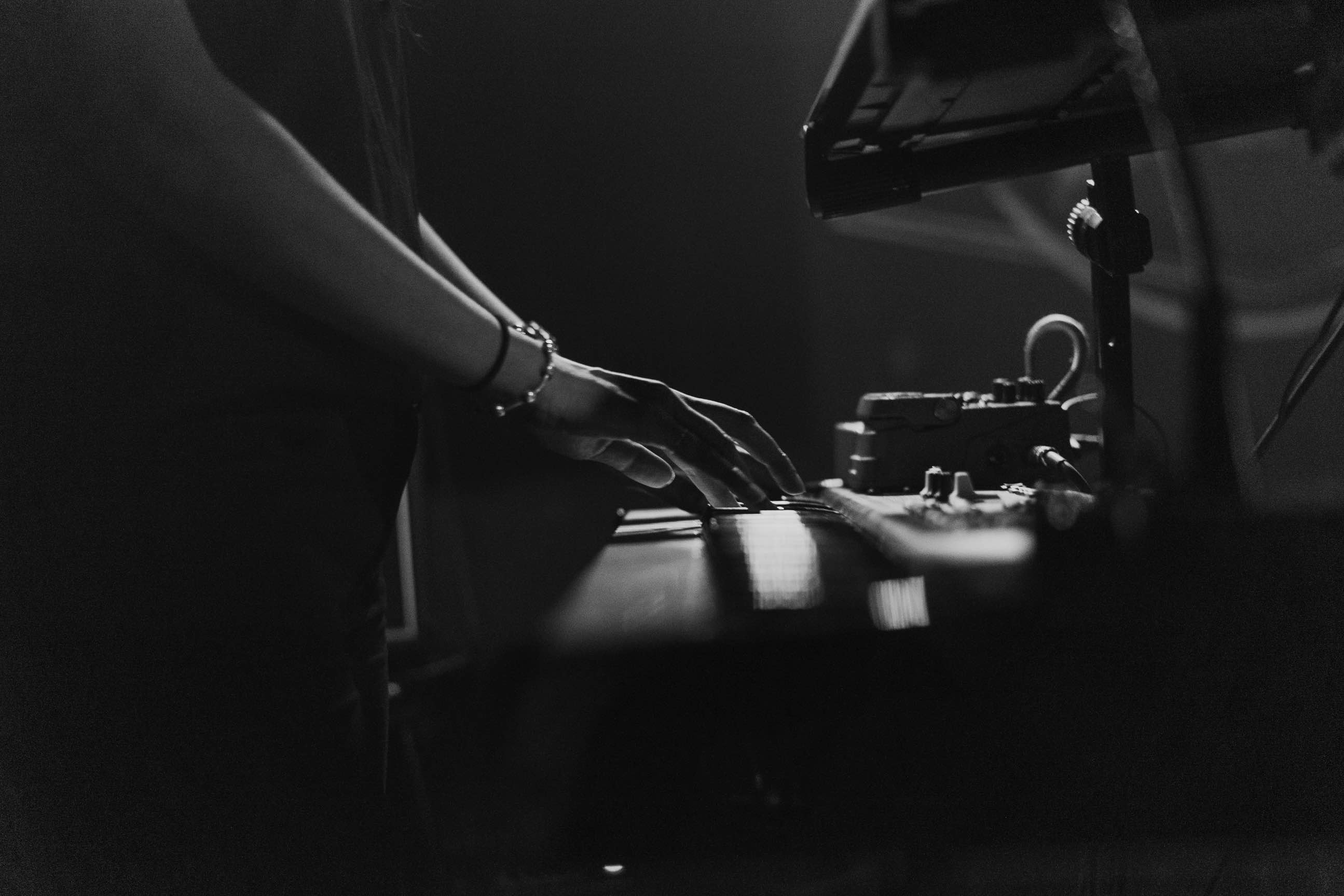 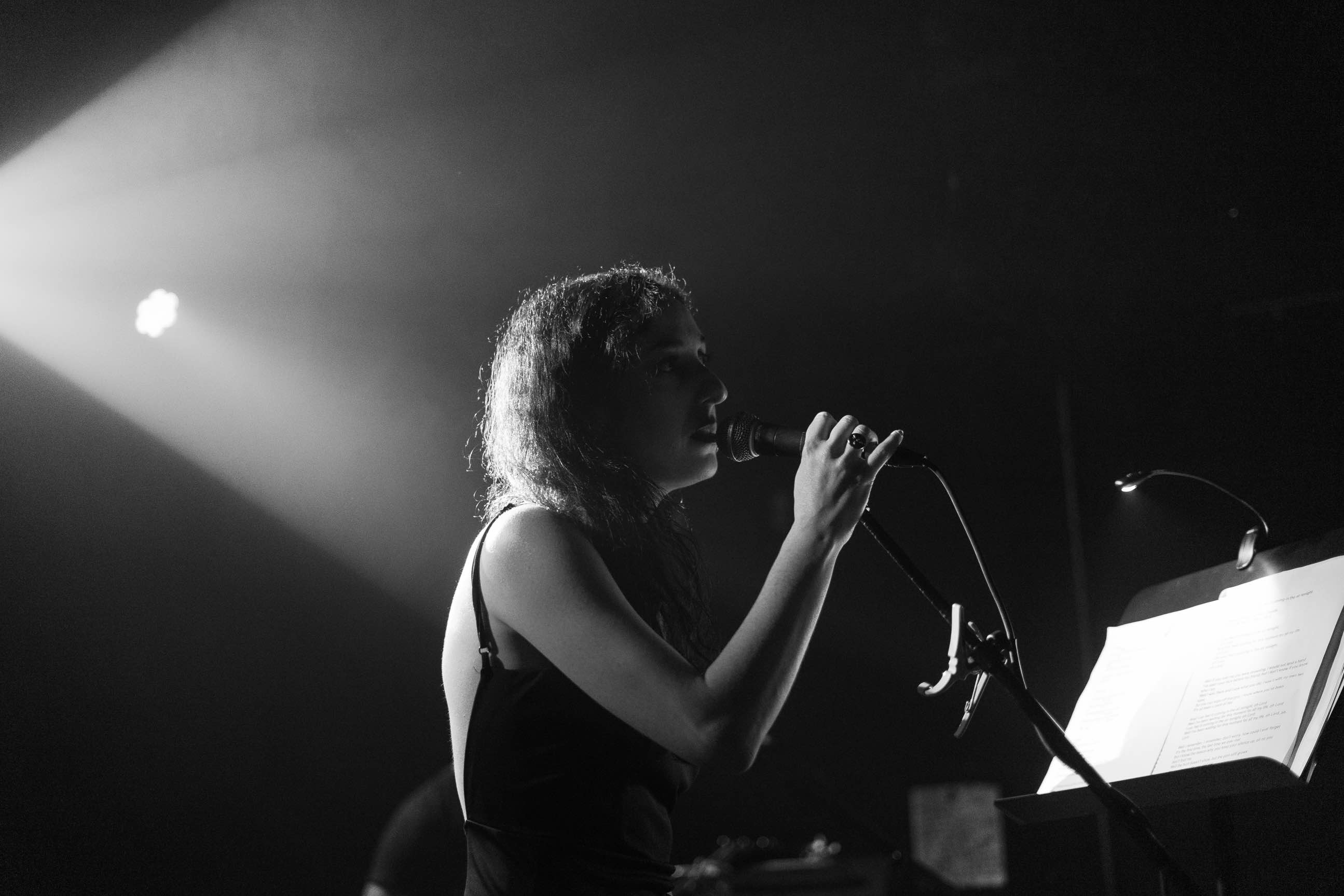 In the Air Tonight

In Spite of Me