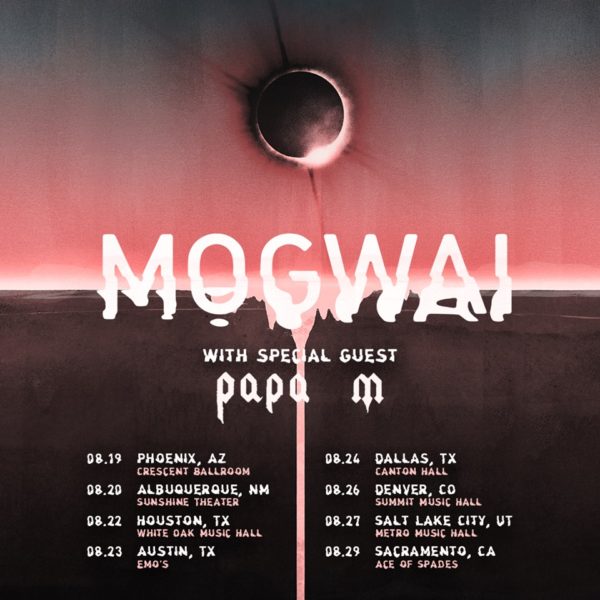 Outside of preparing for the first U.S. shows, Mogwai is set to perform at the Psycho Las Vegas 2019 later this year.

Mogwai was created in 1995 by musicians Stuart Braithwaite, Dominic Aitchison, and Martin Bulloch. Bandmates Barry Burns, John Cummings, and Brendan O’Hare were later added to the group. Over a 20+ year-span, the group has released 11 albums, including the best album to date, Rock Action.

Papa M also is known as David Pajo, a post-rock and multi-instrumental musician. Pajo has performed with several bands and as a solo artist under different aliases such as Aerial M, M, and most notable Papa M.

The group will spend the majority of their time in the western and middle east region during their month-long tour. They will be performing in popular cities such as Houston, Denver, Dallas, and Sacramento. The tour will begin on August 19 in Phoenix, Arizona, at the Crescent Ballroom. Mogwai will continue through the western region before ending their tour on August 29th in Sacramento, California, at the Ace Of Spades.

Tour Dates and Locations below.