Babymetal has released their first new music of 2019, a new single called “Elevator Girl.” In addition to the new song the Japanese pop-metal graph has announced a slate of fall 2019 tour dates with openers Avatar.

The tour announcement is the groups first headlining tour dates in the United States. They previously toured the country as openers for the Red Hot Chili Peppers. their first-ever headlining United States shows will take place in Orlando in early September.

In addition to Florida the band will be playing up and down the East Coast including a show at Terminal 5 in New York City. they will also play Chicago, Dallas and several other Midwestern and Southern cities, wrapping up the tour on the West Coast with a show at The Forum as well as a spot at Sacramento’s Aftershock Festival.

The new song could be a sneak peak of what’s to come from the group. They recently announced plans to release a new album later this year. it will be their first new album since 2016’s Metal Resistance, which saw the unique bubblegum metal band’s audience expand significantly beyond their home country of Japan.

Last year, the band released a new song called “Starlight.” the release of the new song coincided with the announcement that member Yuimetal would be leaving the group. 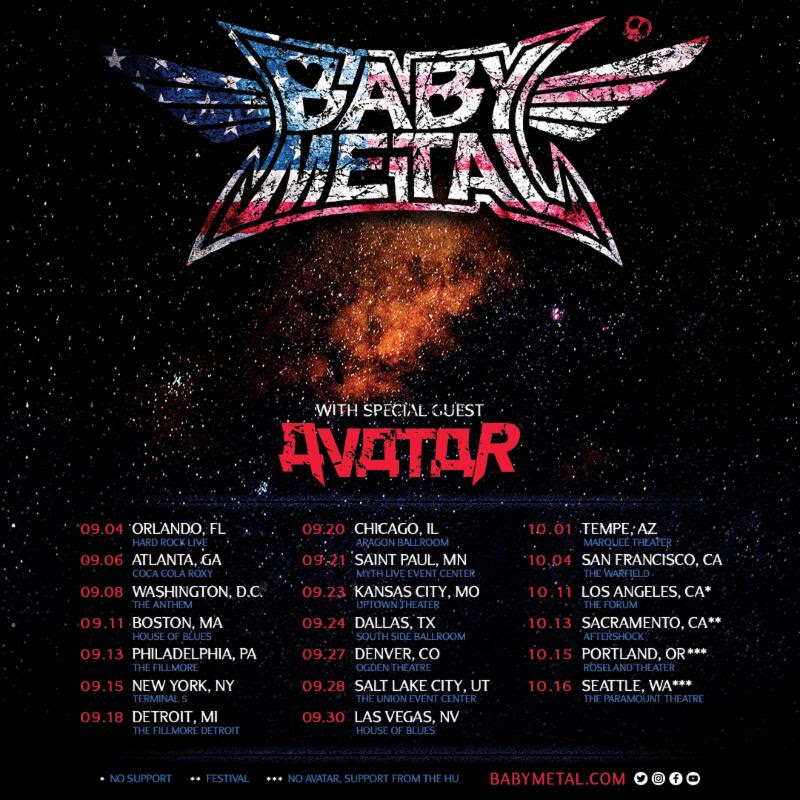 *No Support
**Festival
***No Avatar, Support from The H