Two icons of rock and metal, Rob Zombie and Marilyn Manson, have just announced their notorious “Twins of Evil” co-headlining tour for Summer 2019. Their “Hell Never Dies” Tour will kick off on July 9 in Baltimore, and end in Gilford, New Hampshire on August 18. Tickets will go on sale on February 22, and can be purchased through the tour’s producer, Live Nation. 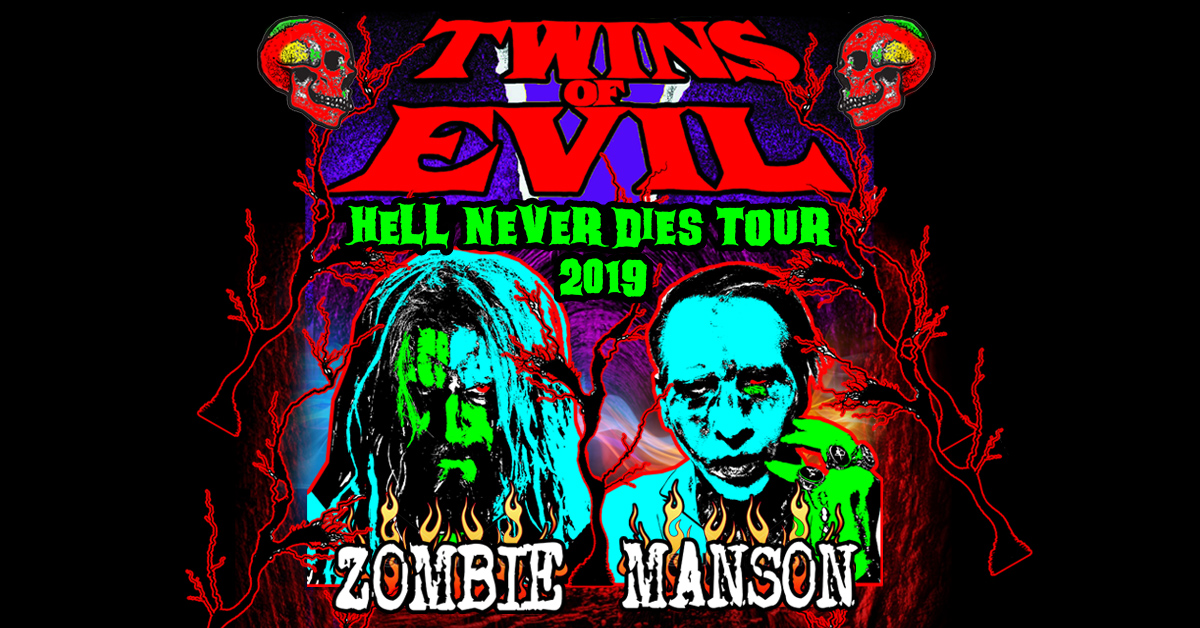 Hell Never Dies will hit more than 20 locations in the United States and Canada over two months. Some notable venues include the Fargodome in Fargo, North Dakota (August 9) and the Van Andel Arena in Grand Rapids, Michigan (August 11). Rob Zombie and Marilyn Manson will also be playing at two festivals in Wisconsin, which are Rock USA in Oshkosh on July 19 and Rock Fest in Cadott on July 20.

This year’s tour will be the third North American tour that the two legends have co-headlined together. The pair first toured together in 2012 before coming together again last summer for their “The Second Coming” tour. They also shared the stage at a special New Year’s Eve show hosted by Ozzfest in Los Angeles, California. Manson also made an unexpected appearance at country music legend Kris Kristofferson’s show in Los Angeles earlier this year. Rob Zombie is also slated to perform at this year’s Welcome to Rockville festival in Jacksonville, Florida.