Fresh off of the release of their 2018 album Love Is Dead, hard-working Scottish electronic-pop band CHVRCHES has announced a 2019 leg of tour dates. The tour will take place in April and early May, finding the band playing dates in the Southwest and southern portion of the Midwest. Expect the band to announce more North American dates in the near future.

The dates are mostly centered around a pair of festival appearances. The band will be playing at both weekends of Coachella and Fortress Festival, fitting in several dates around those gigs. They’ll play the Berkeley’s Greek Theatre, ACL Live and the Brooklyn Bowl in Las Vegas here in the United States, among other gigs in cities like Chicago, Phoenix, Houston and St. Louis. These shows will feature support from Cherry Glazerr and Unknown Mortal Orchestra, depending on the night.

Sandwiched around those dates are several European and UK dates, including appearances at Sziget Festival in Hungary and Grape Festival in Slovakia. They’ll also have three shows in Japan, one in Osaka and the other two in Tokyo. 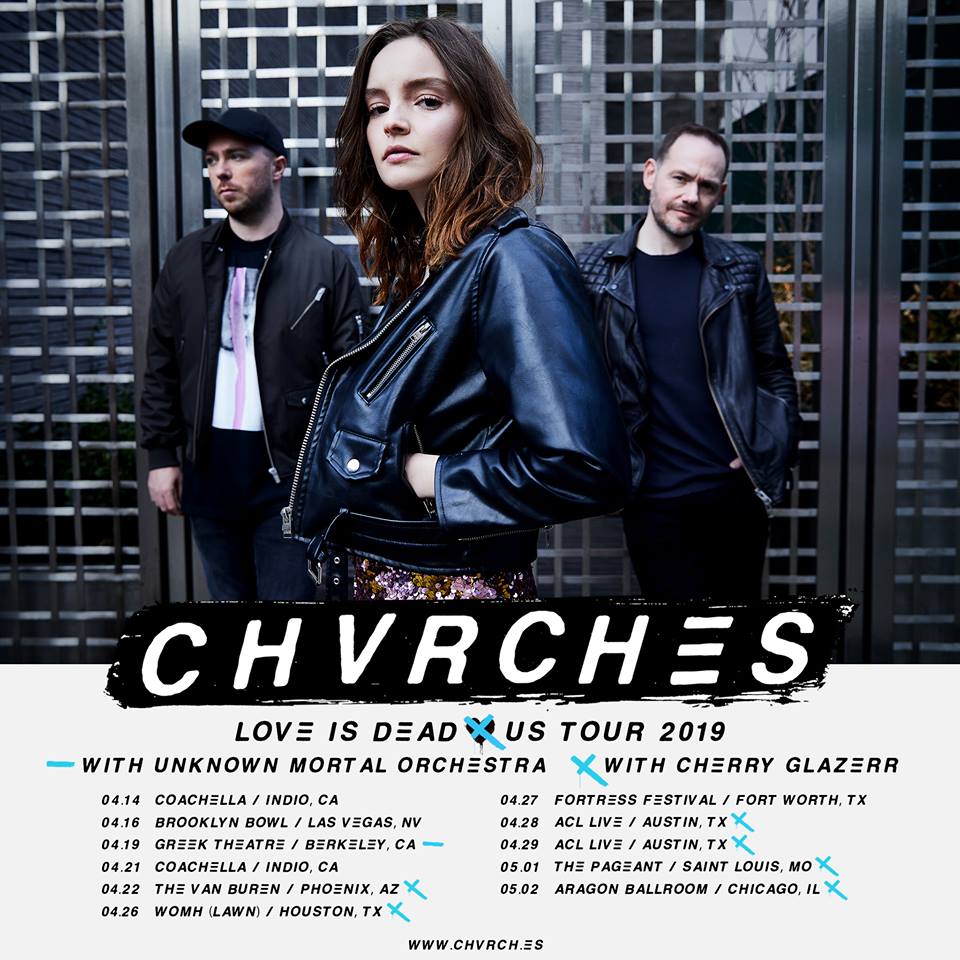