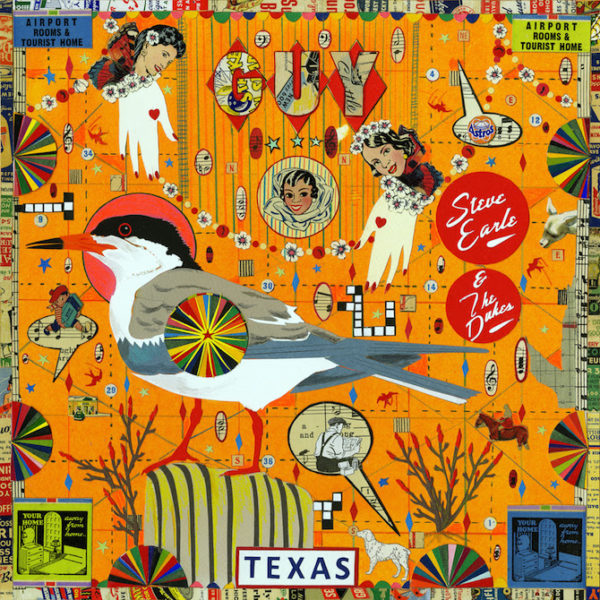 The 16-song set features songs written by Earle’s mentor Guy Clark and comes ten years after the singer-songwriter paid tribute to his other mentor Townes Van Zandt on TOWNES. Earle met Clark in 1974, hitchhiking from San Antonio to Nashville. He became the bassist in Clark’s band, taking over from Rodney Crowell. GUY is produced by Earle and recorded by his long-time production partner Ray Kennedy.

“No way I could get out of doing this record,” says Earle. “When I get to the other side, I didn’t want to run into Guy having made the Townes record and not one about him. GUY wasn’t really a hard record to make. We did it fast, five or six days with almost no overdubbing. I wanted it to sound live. When you’ve got a catalog like Guy’s and you’re only doing sixteen tracks, you know each one is going to be strong.”

There was another reason, Earle said, he couldn’t “get out of” making GUY.  “You know,” he said, “as you live your life, you pile up these regrets. I’ve done a lot of things that might be regrettable, but most of them I don’t regret because I realize I couldn’t have done anything else at the time. With Guy, however, there was this thing. When he was sick, he was dying really for the last ten years of his life. He asked me if we could write a song together. We should do it ‘for the grandkids,’ he said. Well, I don’t know…at the time, I still didn’t co-write much, then I got busy. Then Guy died and it was too late. That, I regret.”

Recently, the band Devildriver did the cover of “Copperhead Road” originally done by Earle. The track centers around a man, John Lee Pettimore, who comes from a moonshine making family and decides, after two tours in Vietnam, to begin growing Marijuana on his land. In the summer of 2018, Earle and the Dukes teamed up Country icons Lucinda Williams and Dwight Yoakam traveling in the cheekily named “LSD Tour.” The tour is named for the first letter of each performer’s first name: Lucinda, Steve and Dwight.

Earle began learning the guitar at the age of 11 and was reported to have run away from home at age 14 to follow his idol, singer-songwriter “Townes Van Zandt” around Texas. Earle was “rebellious” and dropped out of school at 16 and moved to Houston with his 19-year-old uncle and met Van Zandt, who became his hero and role model.

In 1974, at the age of 19 Earle moved to Nashville, Tennessee, and began working blue-collar jobs during the day and playing music at night. During this period Earle wrote songs and played bass guitar in Guy Clark’s band and on Clark’s 1975 album Old No. 1. Later Earle returned to Texas where he started a band called The Dukes.