Robyn just released her first new album since 2010 (Body Talk) and luckily for fans, the wait produced a can’t-miss electronic pop masterpiece Honey. Now, Robyn has given fans of her idiosyncratic take on pop music even more reason to rejoice, as she’ll be taking that critically-acclaimed album on the road for a worldwide tour that starts in 2019.

The hype for a new Robyn album began earlier this year when she posted a studio update with one of mxdwn’s favorite musicians, Joe Mount of Metronomy. Then, she shared some details of the new album as well as demo versions of three songs, “Be Mine,” “Dancing on My Own,” and “Honey.”

Then in August, she released her first new single in eight years, “Missing U,” which would be one of the stand-out tracks of Honey. Mount and long-time collaborator Klas Åhlund contributed to the new song. Finally, on October 26, 2018 Robyn released her first new album in eight years. Since then, she released a single from the new album called “Human Being,” another standout. This single was also a part of the Adult Swim Singles program, which was announced earlier this year.

She’ll kick off her tour on February 5 in Stavanger, Norway, the country that shares a peninsula with her native country of Sweden. After another show in Norway, this one in Bergen and a pair of shows in Sweden, she’ll head stateside for a run of shows in the largest cities in the United States. Her first United States show since 2016 will take place in Los Angeles, Hollywood specifically, at the Palladium on February 23. She’ll stick mainly to the two coasts of the US and Canada, though there’s one show in Chicago, Minneapolis, Montreal and Toronto. She’ll wrap the international tour by performing a series of dates in Europe, with the tour wrapping up in the United Kingdom. 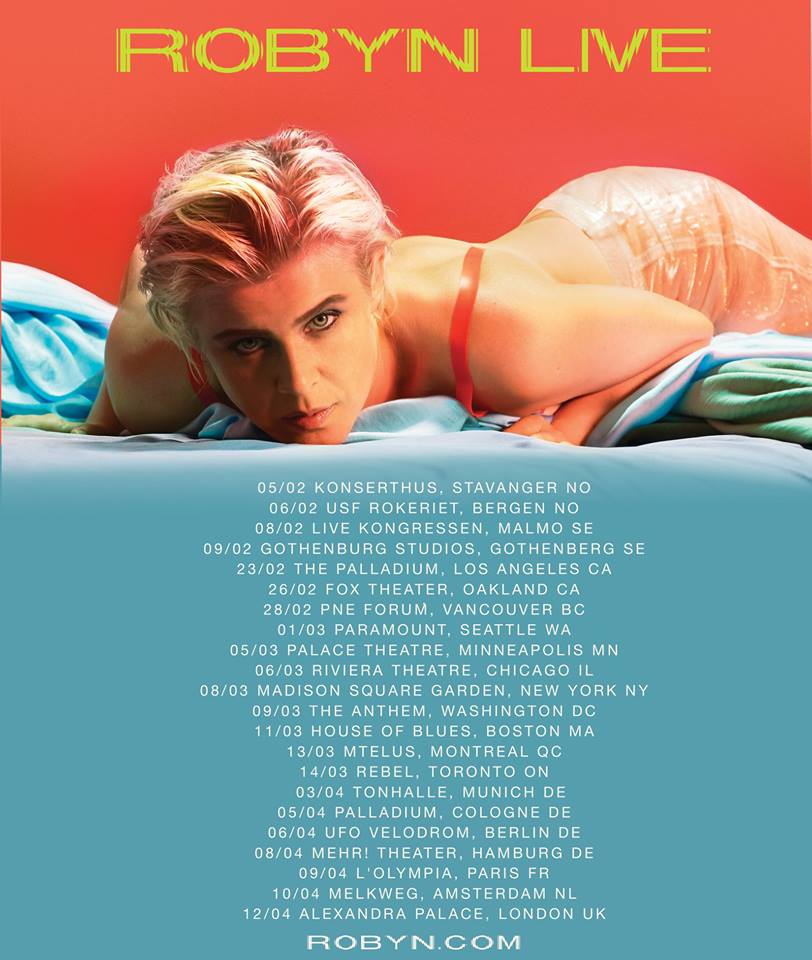