Iconic heavy rockers, OTEP, released their most “uncompromising, candid, all- inclusive and controversial assessment of the current residing political regime that they have ever released.” The group has stated that they won’t be silent.

The recently released lyric video is an image of their cover art for the album, Kult 45. The cover art is a woman in a Statue of Liberty mask, a black unitard with a gold gun in the holster. The image is not holding back anything about what the group thinks about America. 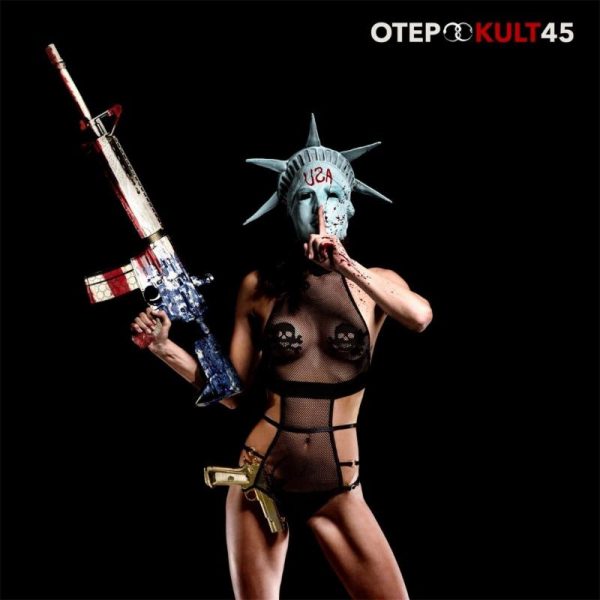 The lyrics are painted on a brick wall, the video zooms in on certain body parts. Through graphic design as the music video progresses, there are more targeted approaches, including a picture of Trump with black “x’s” scratched over his eyes.

The video really accentuates the anger that the band feels about the current political regime and the issues in America. This work drew on many politically charged musicians and artists from the past.

OTEP’s latest album, Kult 45, is a hyperactive political outcry to the people to challenge Trump’s hypocrisies. With this album and lyric video, art is the vehicle and the goal is the same: to bring awareness to social and political injustices felt by various communities in America.

To stay true to their roots, the album was produced by Otep Shamaya and Aristotle, with assistant engineering from Larry Goetz, Nicolas Shike, and Lizzy Ostro.