Mac DeMarco has swooned our hearts and filled our lungs with his vocal smoke for quite a few years now. It seems, he is up to his next adventure. According to his press release, DeMarco has planned two new things: starting a record label titled “Mac’s Record Label” and going off on his first-ever solo tour. You can visit his record label site here.

Named “The Purple Bobcat Next to River Tour,” Mac DeMarco’s tour will not only cover the United States, but also Europe and the United Kingdom. While touring the US, DeMarco will be playing at some of his biggest venues yet like Red Rocks Amphitheatre, The Anthem, and The Mann. For this tour, DeMarco has partnered up with PLUS1 for the europe dates. Essentially for every ticket purchased, $1 will go to support local Girls Rock Camps along with their work in empowering young women and trans and gender-diverse people through musical education.

For those unfamiliar with PLUS1, it is “an initiative that channels the collective energy of a concert to catalyze social change. By partnering with performing artists, PLUS1 raises and grants millions of dollars to high impact nonprofits addressing our most serious global challenges around Access, Equity, and Dignity. The work begins with $1 per ticket add-on fundraising tool that makes fundraising simple and seamless.” – taken from the PLUS1 website. 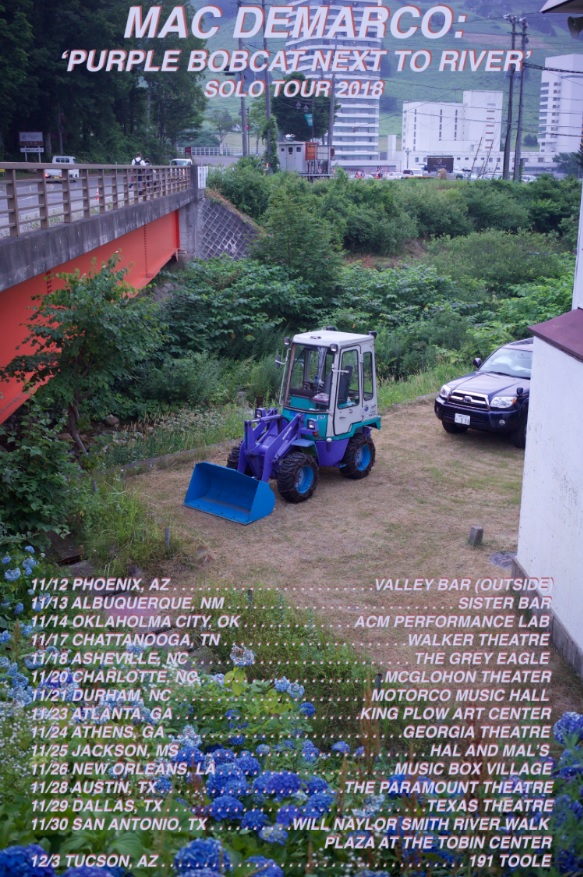