This year the legendary Seattle record label Sub Pop will be turning thirty years old and to mark the occasion, the label is holding a special 30th-anniversary concert that will feature plenty of great musical and comedy acts. The festival is set to take place August 10th and 11th at the Mural Amphitheater and at Alki Beach in West Seattle.

Both days will be free and open to the public. August 10th will see the likes of the Afghan Whigs  Mass Gothic, and Yuno kicking off the weekend at the Mural. The following day at Alki Beach is where most of the acts will be performing, with the bill including Beach House, Clipping, Kyle Craft, Fastbacks, Jo Passed, Loma, LVL UP, METZ, Moaning, Mudhoney, Shabazz Palaces, and Wolf Parade.

There will also be two exclusive ticketed events as part of the festivities with the cast of Bob’s Burgers, featuring H. Jon Benjamin, Eugene Mirman, Kristen Schaal, Larry Murphy and John Roberts at the Moore Theatre on August 10th and Pissed Jeans performing an exclusive show at the Crocodile on August 11th.

Sub Pop records gained notoriety for signing the likes of Mudhoney, Soundgarden, and Nirvana, who were all central players in the emerging Seattle grunge scene that would take the world by storm in the ’90s. While the likes of Nirvana and others moved on from the label, Sub Pop continued to sign influential underground acts, with Fleet Foxes and Beach House being two of the more recent acts that signed with the label.

UPDATE 8/4: The likes of Bully, Hot Snakes, and Father John Misty have been added to the second day of the festival. 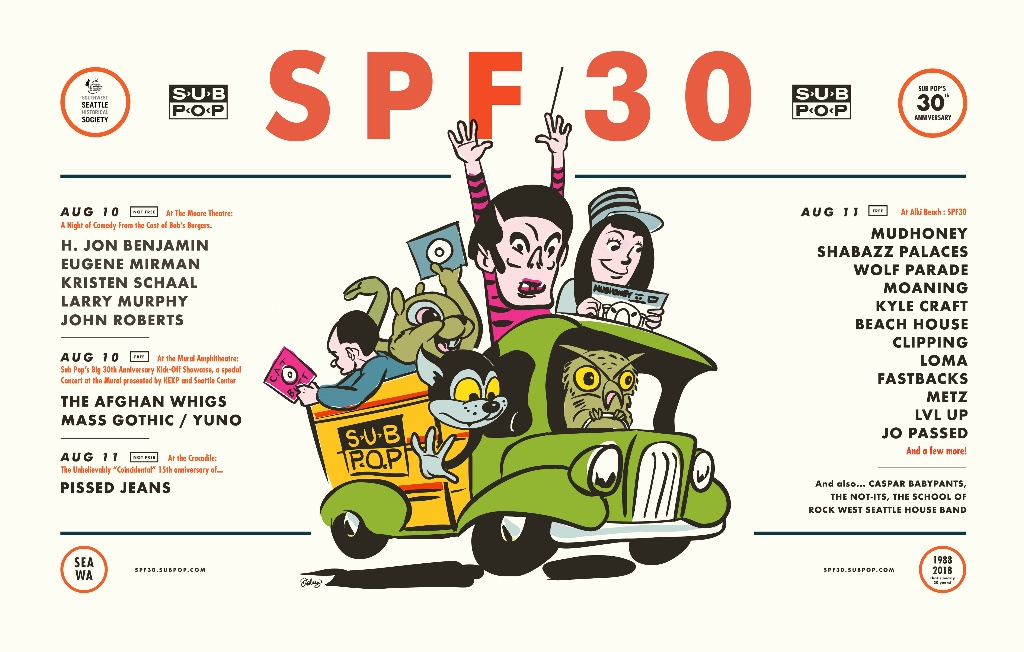