In the past 48 years Bumbershoot has set itself apart from other music festivals superstars and newcomers of different disciplines have been on the stages.  Bumbershoot is one of Seattle’s largest cultural touchstones, drawing thousands of people to the festival, it has become one of the largest festivals in North America. There will be more than 100 additional performances from multiple art disciplines throughout the weekend. The performances will be held on more than a dozen indoor and outdoor stages spread throughout the 74-acre festival grounds.Since 1972, Bumbershoot has been a multi-disciplinary arts festival showcasing the best of music, comedy, dance, film, literary arts, performing arts, theatre, visual arts and more.

Headliner J. Cole, an American hip-hop artist and producer, released his fifth album KOD in April. The Chainsmokers will also be headlining the eclectic music festival, the American duo recently released their song “somebody”. American indie folk band Fleet Foxes will headline the festival in their hometown of Seattle, Washington. Lil Wayne, American rapper of Cash Money Records, is another headliner. Other headliners for the three day long tour include Portugal. The Man, Ludacris, Tinashe, Cold War Kids, T-Pain and Bishop Briggs. 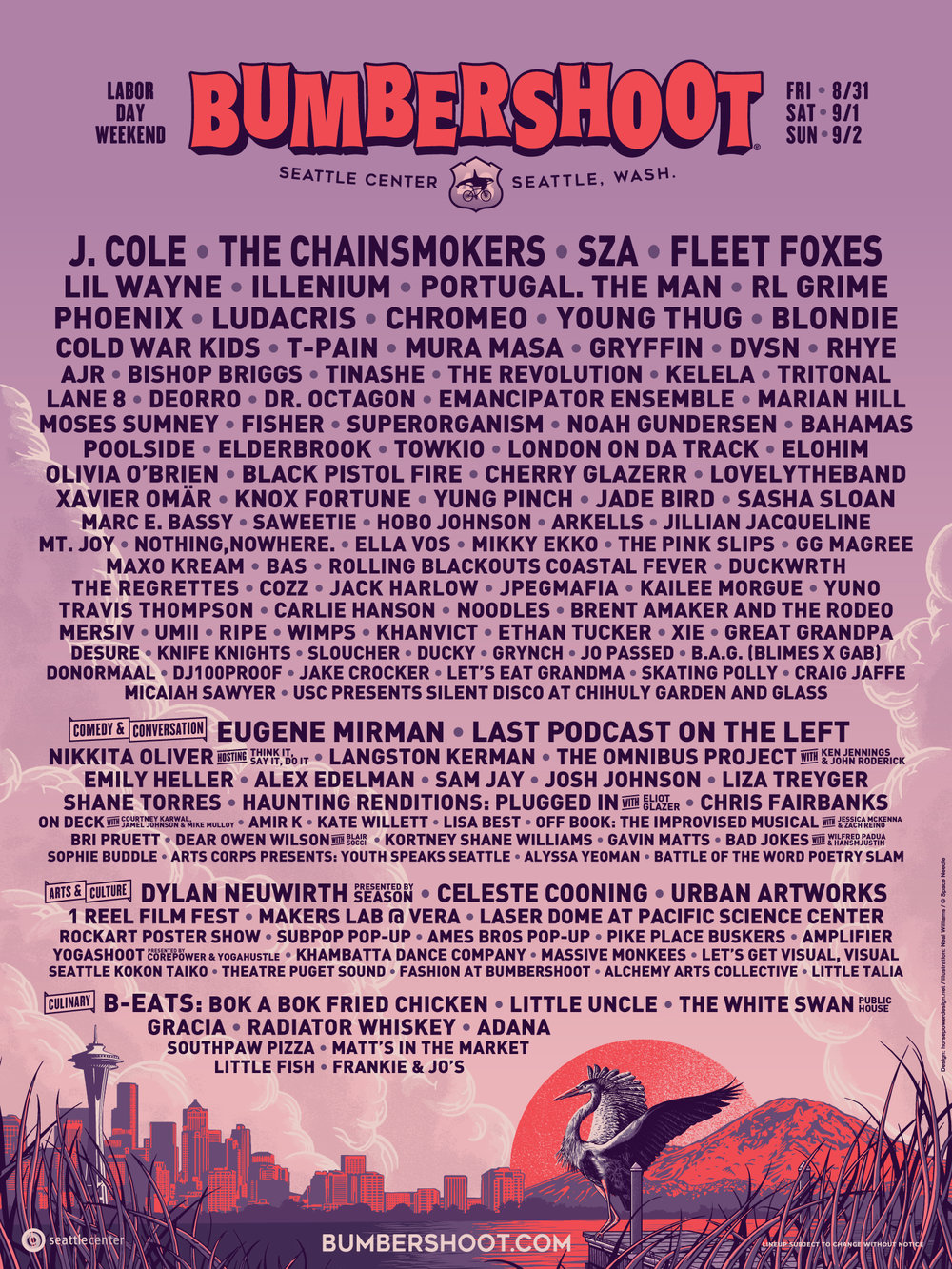