Nova Rock has announced its metal-heavy lineup for 2018, with headliners Marilyn Manson, Avenged Sevenfold and The Prodigy being joined by a multitude of hard-rocking groups. The festival takes place June 14-17 at Pannonia Fields in Nickelsdorf, Austria. The festival has been going strong since 2005 and offers Eastern Europe a premier heavy music festival.

Other headliners at Nova Rock 2018 include Billy Idol, Volbeat, Die Toten Hosen, Iron Maiden and Sunrise Avenue. Beyond those big names, there are plenty of attractive artists that fill out the middle of the festival. Must-see sets at Nova Rock include Megadeth, Dead Cross, Meshuggah, Stone Sour, All Them Witches and Thrice on June 14, Rise Against, Bad Religion, Jonathan Davis, Arch Enemy, Life of Agony and Anti-Flag on June 15, Bullet For My Valentine and Body County with Ice-T on June 16, and Killswitch Engage, Billy Talent, Enter Shikari and Bloody Beetroots on June 17. There is a surprising amount of ska present at the festival with Mad Caddies and Less Than Jake holding it down for the genre.

Marilyn Manson recently released his tenth album Heaven Upside Down in 2017. The album included singles like “We Know Where You Fucking Live,” “Kill4Me” and “Tattooed In Reverse.” The latter of the three singles featured a video with cameos for Lisa Marie Presley and Courtney Love. Avenged Sevenfold and Marilyn Manson are a common headlining bill for 2018 heavy music festivals, as they are both playing Heavy Montreal together. 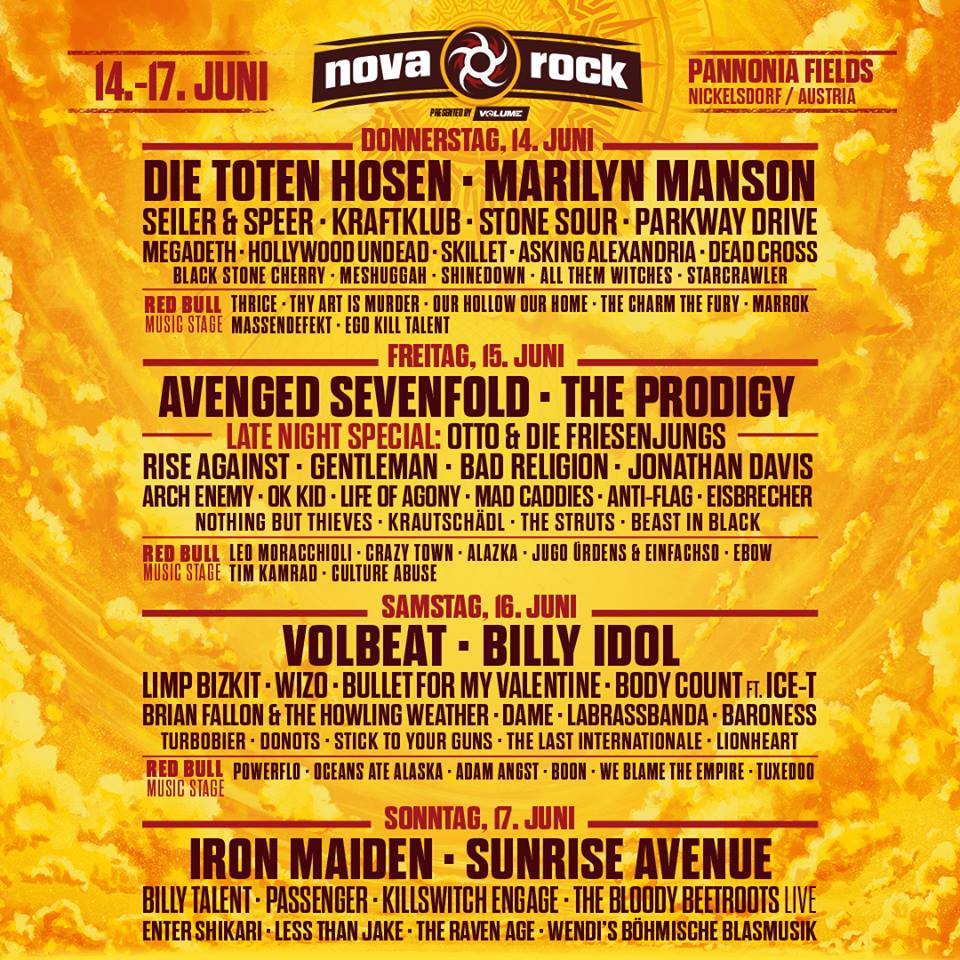