Burger Boogaloo is making a joyous return to Oakland’s Mosswood Park on Saturday, June 30 and Sunday July 1. The lineup will include epic performances by Devo, The Damned, Le Shok, Mudhoney, Traditional Fools, The Mummies, Hunx and His Punx, Dwarves, and many more.

The festival offers a little bit of something for everyone. The festival will be celebrating a sixth year and previous lineups have not failed to disappoint. The 2017 lineup featured Iggy Pop, Buzzcocks, Red Kross, Guitar Wolf, Shannon & The Clams, Baby Shakes, Personal & The Pizzas, NRBQ and many more.

2016 featured a Traci Lords meet and greet and performances by Real kids, the Mummies, Shannon & The Clams, Thee Oh Sees, Intelligence Spits, Seth Bogart, Dwarves and many more. 2015 featured The Mummies, The Black Lips, King Khan and BBQ, Nikki Corvette, The Pandoras and many more. Festival founder Marcos Ribak, with Burger Records’  Sean Bohrman and Lee Rickard have put together some of the most eccletic lineups of any music festival in recent memory.

“If you’ve never been to Burger Boogaloo, you’re missing out what it means to truly revel in the glory of music.” – SF Weekly

You can purchase tickets here. 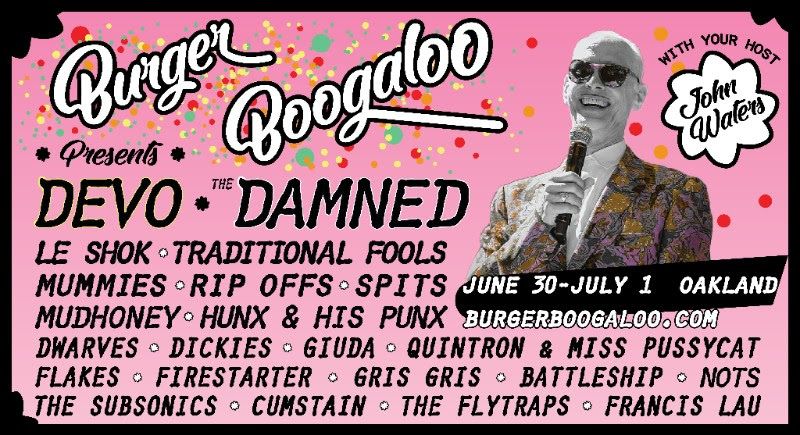