Bonnaroo has announced its 2018 lineup and its full of big names in the headliner slots like Eminem, Muse and The Killers – three bands who have already made appearances in several of the biggest festivals to be announced for 2018. Also performing are artists like electronic act Bassnectar, avant-folk act Bon Iver, Southern rapper Future and rising Kentucky country star Sturgill Simpson.

Other notable artists appearing at this long-running Southern festival include alt-J, Paramore, Anderson .Paak & The Free Nationals, Sylvan Esso and Nile Rodgers & Chic. From there the name recognition goes down quite a bit, though there are a few big names sprinkled into the smaller font lines, such as Thundercat, First Aid Kit, The Glitch Mob, Manchester Orchestra, Moses Sumney, Snakehips and our best new artist of 2017, The Regrettes.

Find the full lineup below: 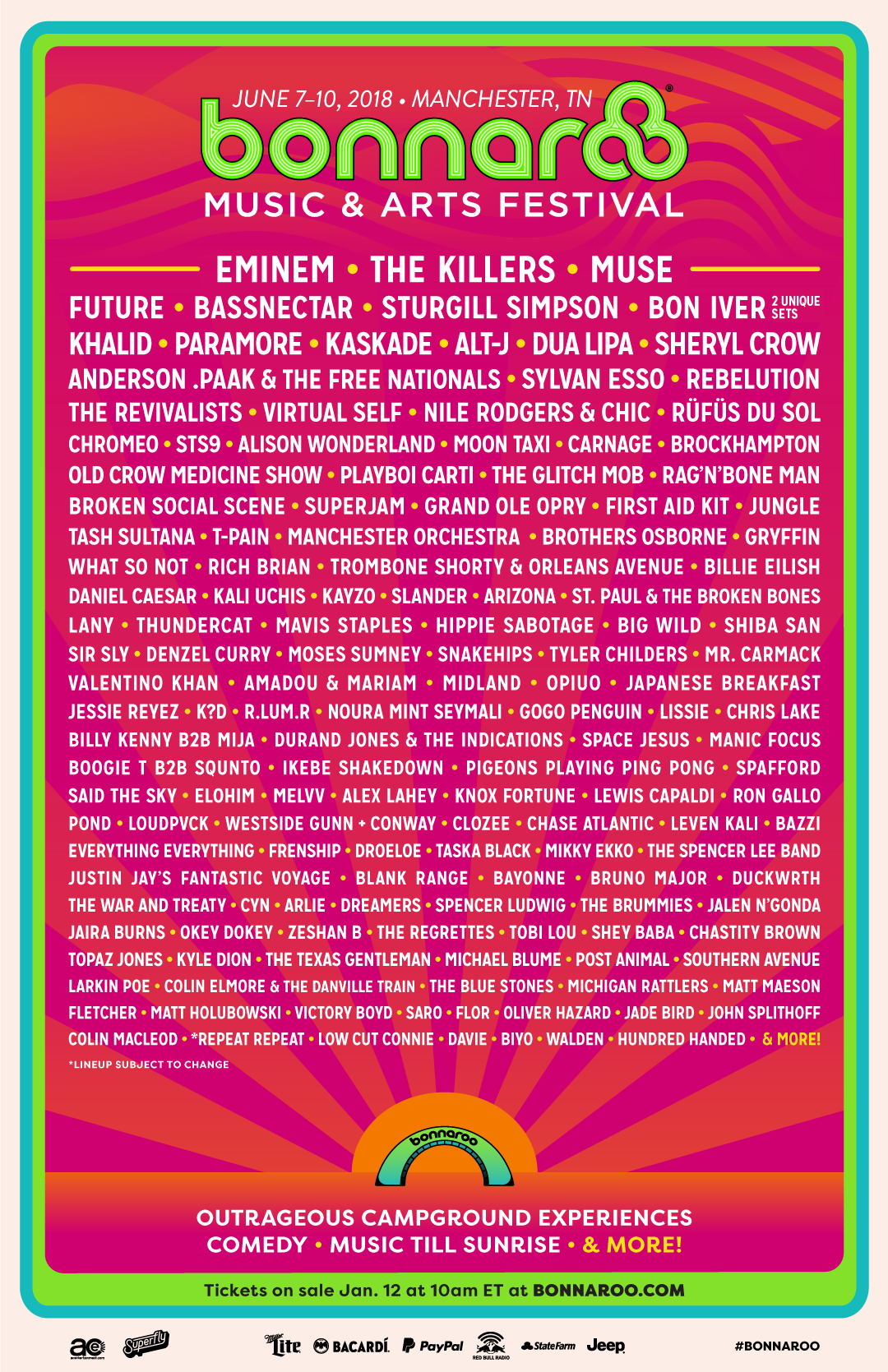