After acting as Man Man’s frontman for some time, Honus Honus announced that he was going to be going solo. Now we are finally able to see what we have been waiting for. This record will be his first solo album, Use Your Delusion. In order to fund the release of the debut album, Honus Honus launched a Pledge Music Campaign that include trailer featured snippets of new music. Up until now the artist has released two videos as teasers for what is to come with this album. 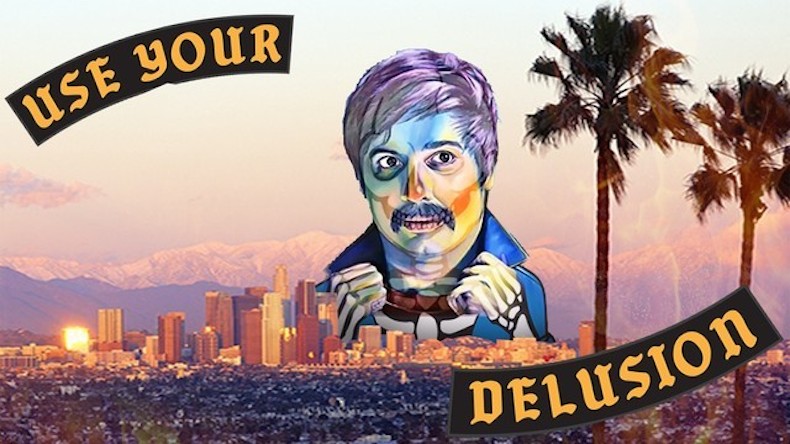 Honus Honus has enlisted a list of noteworthy artists for his “apocalyptic LA pop album” which is set to be released October 2016 or exactly 44 days from today. Modest Mouse/Shins drummer Joe Plummer provides percussion, while actress Mary Elizabeth Winstead and Shannon & the Claims’ Shannon Shaw contributed vocals. The album is available on Pledge Music Campaign for pre-order offering the LP and a digital bundle. But with donations he has given other incentives like a unique jean jacket and other valuable items.