Grouplove has been hitting the road and entertaining fans this summer on the festival circuit, leaving many to wonder if the group will be releasing an album to follow 2013’s Spreading Rumours. The group has confirmed such suspicions, according to PureVolume, Grouplove has announced their forthcoming album Big Mess and shared information including album art, the track list, and the September 9 release date. 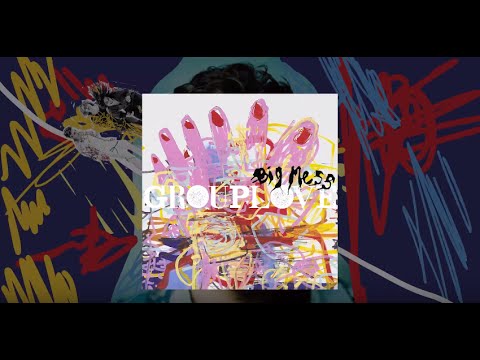 The teased tracks show promise to long-time fans of the band; the songs bring big hooks and catchy melodies that can bring potential anthems. In a press release, singer/guitarist Christian Zucconi made a statement on the album.

We made this album at an important crossroads in our lives, and it was a dream come true to be able to work with Phil Ek up in Seattle and with Ryan down in LA. We’re extremely excited for the world to hear it

The group has released a psychedelic trailer for Big Mess, containing black and white cut-outs of the members on a trip of their album, while clips of a number of songs play.

While Big Mess will not be available until September, but we know the album’s lead single “Welcome to Your Life” will be released in July. The song is played throughout the trailer.

Big Mess will be Grouplove’s third studio album. The indie rock band was propelled to commercial success by their single “Tongue Tied” but has kept fans dancing with “Colours,” “Itchin’ on a Photograph,” and “Ways to Go”.