At the Drive-In have just announced a world tour to take place in the coming months as well as some new music.

When the wildly successful post-hardcore punk band, At the Drive-In, announced that they would finally be reuniting back in 2012, they made a firm statement that they would not be making any new songs. In the spirit of punk they have smashed those former promises and through the rubble they have actually made some new material, via Pitchfork. Along with this new music release they have announced an extensive world tour that will kick off in late March. The tour will start in Hollywood, CA at the Fonda Theatre on 23 March and immediately take the group overseas to Dublin, Ireland at Vicar Streer just three days later. Once overseas, At the Drive-In will play shows in London, Paris, Cologne, Amsterdam, Brussels, Berlin, Vienna, Milan, Lausanne and Barcelona. After the Barcelona show they will wrap up their European leg of the tour and return back to the United States. The first show in the U.S. will be at the infamous Shaky Knees Festival in Atlanta, GA followed by shows in Nashville, Chicago, Columbus and San Francisco to name a few. With a few appearances in Canada, the band will definitely get a lot of miles under them before the tour is over. For the full tour dates and ticketing information look below. Also included below are the two tour flyers released by the band for the North American and European tours. 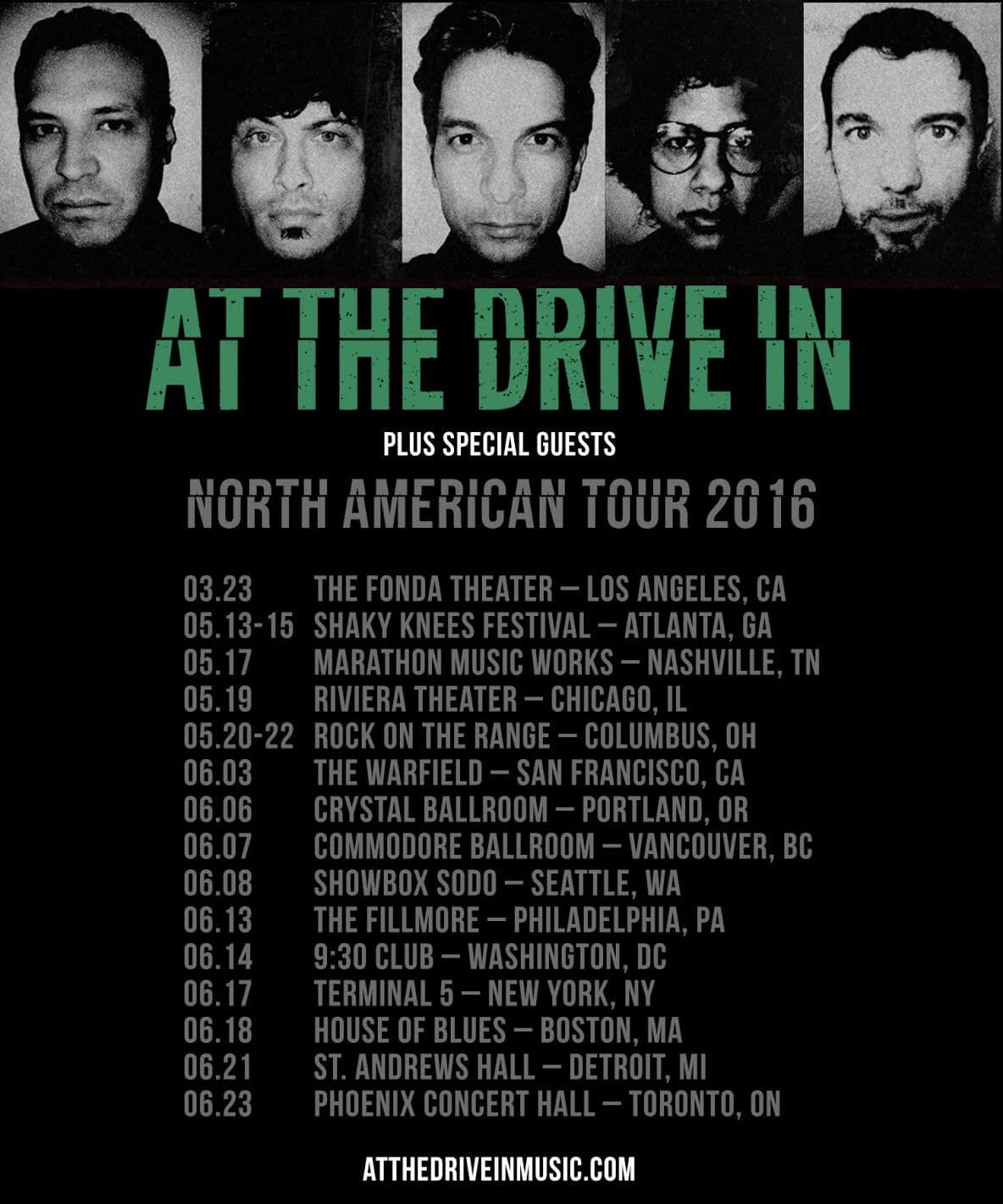 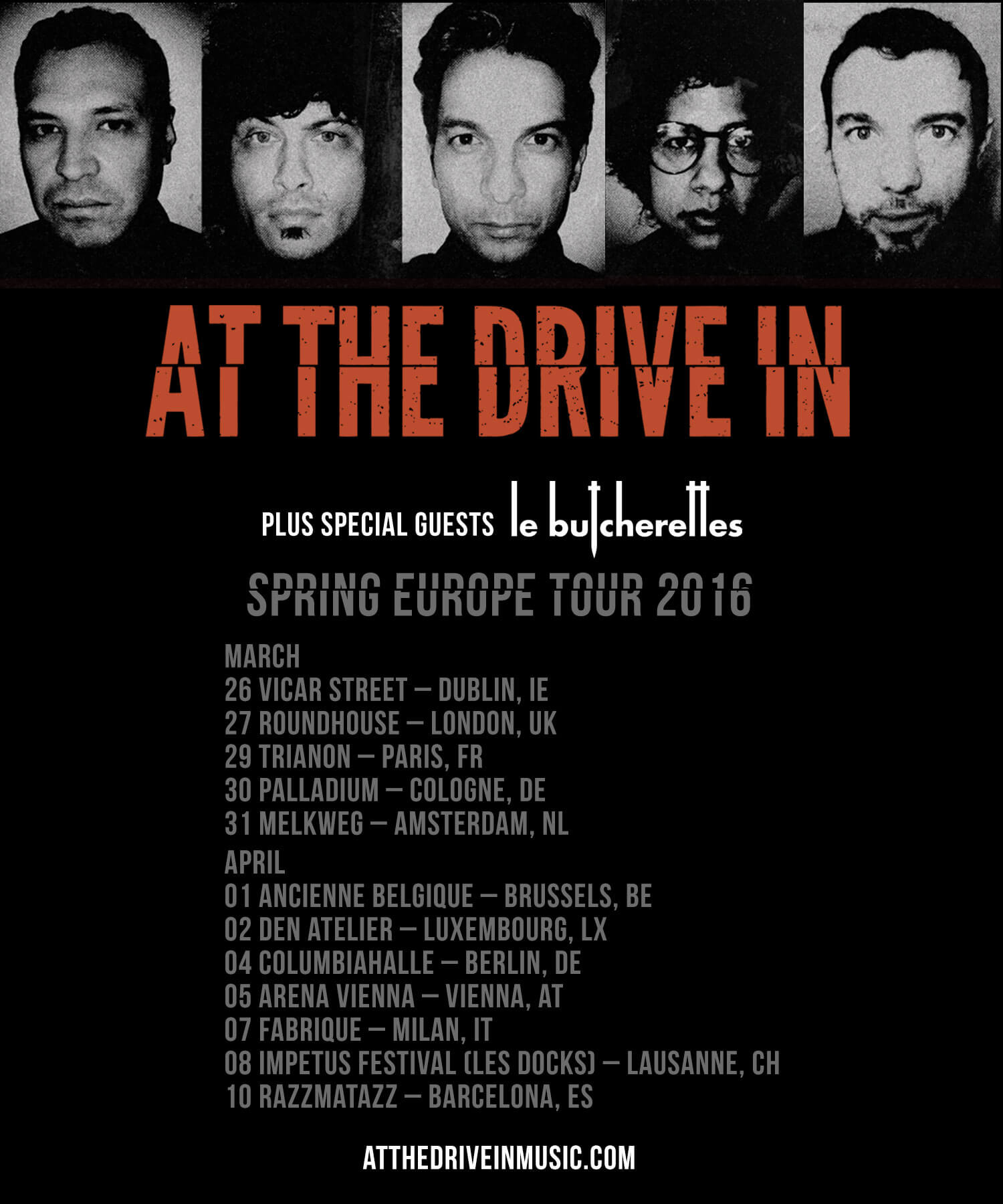 The most exciting part about these two announcements from the group is that they will be including the original and full lineup, according to Pitchfork. The lineup will consist of Cedric Bixler Zavala, Jim Ward, Tony Hajjar, Paul Hinojos and Omar Rodriguez-Lopez.

UPDATE (2/11/2016): New dates added to the tour as well as the addition of Le Butcherettes on certain dates.

At the Drive-In Tour Dates: