Weezer has announced a new self-titled album, The White Album, that will be released April 1, 2016. The White Album will be Weezer’s tenth studio album and will be self-released. The upcoming release was produced by the band and Jake Sinclair, The White Album follows Weezer’s 2014 record, Everything Will Be Alright In The End.

Weezer has released two singles, “Do You Wanna Get High” and “Thank God For Girls” earlier this year. Most recently, Weezer has released “King Of The World”. “Thank God For Girls” is quickly approaching the Alternative Top Ten list. In addition to the several track releases, Weezer will be joining Panic! At The Disco for a nationwide U.S. headline tour when the tour hits Houston on June 10th. Tickets for the tour will officially go on sale January 22, but fans on the e-mail list will have exclusive pre-sale codes.

Rivers Cuomo is Weezer’s lead vocalist, guitarist, and songwriter. Cuomo tells fans inspiration for The White Album came from his experiences living around the Westside of Los Angeles, Weezer’s home since the conception of the band. Cuomo further explains the album’s concepts in an interview stating songs were generated from, “hanging out with people in Venice and Santa Monica, the beach, the Hare Krishnas, the Sikh on roller blades with the guitar, girls on Tinder within a 4 mile radius, seeing other bands, the kids from La Sera.”

Cuomo’s favorite band has always been The Beach Boys. Their music provided guidance and inspiration towards Weezer’s The White Album becoming a “beach album”. Cuomo says he sought after The Beach Boy’s, “kind of vibe: beautiful tunes and sweet lyrics”.

Cuomo and the rest of the band are ecstatic for the release of the album. The band is proud and hopes the lyrics shock fans. Cuomo anticipates fans will react like, “What? Who says that? Who thinks that? What planet on am I on? I don’t know, but I kinda wanna stay!”

Cuomo leaves us with curiosity and welcomes us to his world saying, “Welcome to our planet, people! Twenty-four years, we still love being in this band and we wanna keep it going for at least another fourteen years.” 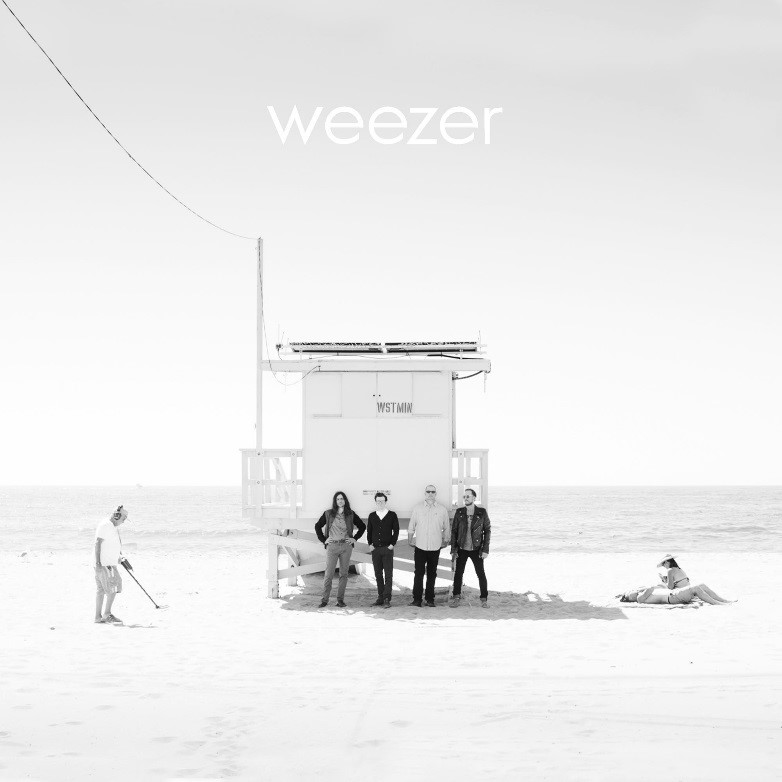