K-os, the veteran Canadian MC is back at it again, announcing recently that his sixth studio album, Can’t Fly Without Gravity will be released in August. The album comes two years after his last release, BLack on BLonde, a longer album featuring many artists. Can’t Fly Without Gravity is a bit shorter at thirteen songs, and features a whole cast of artists on the song “Boyz II Men”, including Saukrates, Shad, Kardinal Offishall, Choclair & King ReignCan’t Fly Without Gravity seems to be a bit rougher around the edges than BLack on BLonde with tracks such as “Crucify” (you can listen to it below on soundcloud) and WiLD4TheNight (EgoLand). That being said, K-os hasn’t given up on his themes of positivity and isn’t exactly aggressive as many mainstream artists of his genre tend to be. 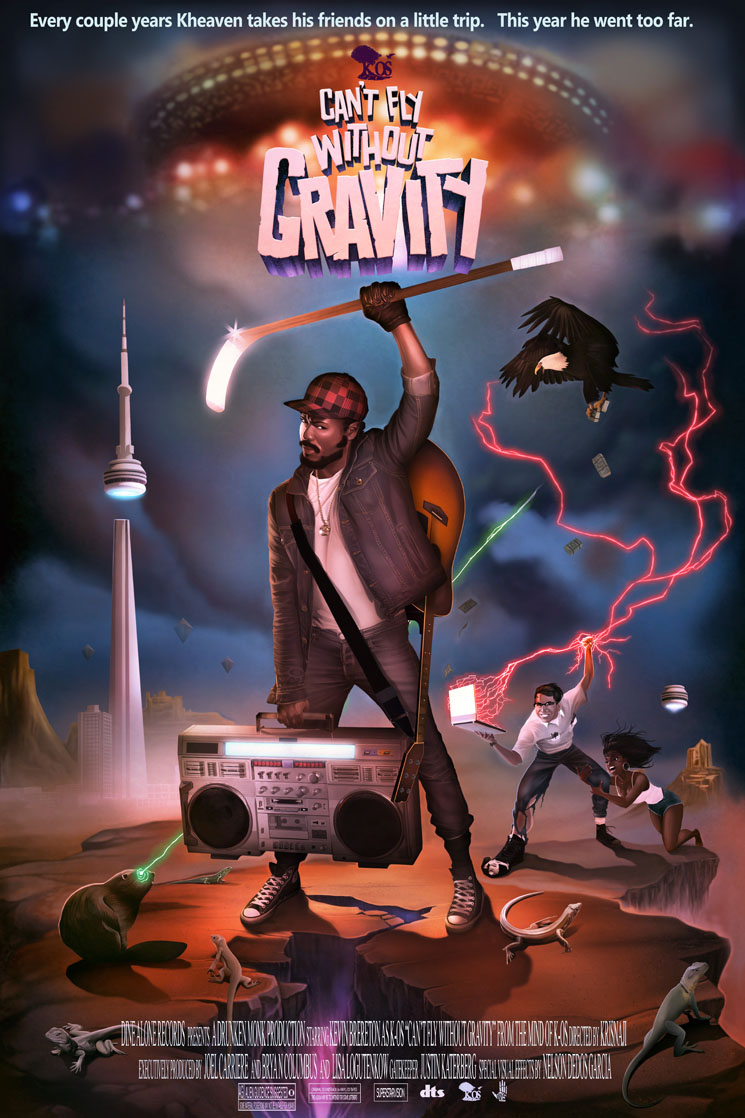 While the album does feature some songs with heavier beats such as “Crucify” and “WiLD4TheNight (EgoLand)” it also has some upbeat, catchy songs, such as “Turn Me Loose”. This is a good indication that Can’t Fly Without Gravity may turn out to be an album not just for rap fans, but just fans of music in general. While not everyone is into hard beats and fast rhymes, everyone loves a good catchy song, which in my opinion is exactly what “Turn me Loose” is.

K-os proves that his experience in the field isn’t wasted with the song “Steel Sharpens Steel (Still In Love)” Which combines the characteristics mentioned above – Hard beats, fast rhymes, and catchy hooks and choruses into a powerhouse of a song that is both touching and strong at the same time.

Releasing August 28th, 2015, Can’t Fly Without Gravity has something for the hip hop fan in all of us, and for every hip hop fan. Based on what we’ve heard so far, it’s safe to say the the album will be worth picking up if you’re into positive, motivational and sometimes gospel like rap and hip hop, or even if you’re just looking for some new music. K-os has delivered in the past with two albums that reached platinum status and is continuing to prove that he is a serious contender with Can’t Fly Without Gravity