Cradle of Filth to Reissue Eight Albums in July

Any diehard fan of Britain’s Cradle of Filth will be thrilled to hear about their plans to reissue eight albums this July. With some of these releases having never properly surfaced in North America, these reissues will give fans on the opposite side of the Atlantic a chance to finally pick up hard copies of the band’s early work. Read more to find out about which albums are being reissued. 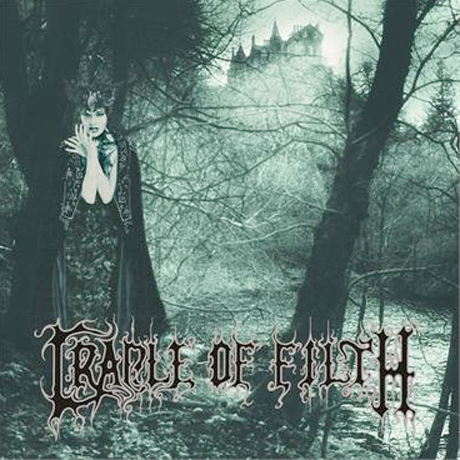 Six Cradle of Filth reissues are set to hit stores on July 3. 1999’s From The Cradle To Enslave EP will includes two original tracks, a Misfits and Anathema cover, and a re-recorded track from Dusk And Her Embrace. 1998’s concept album, Cruelty And The Beast, will be a two CD reissue with a special edition 5 track bonus CD. Their reissue of LoveCraft & Witch Hearts is a two-disc compilation album with the second disc containing covers of Slayer, Iron Maiden, Massacre, and more, plus remixes and rare b-sides. Their reissue of the PanDaemonAeon DVD will include two versions of the band’s ﬁrst promo video for “From the Cradle to Enslave”, along with a documentary and live footage from their concert at the London Astoria on June 5, 1998. They are also reissuing Midian, which came out Halloween 2000 and Dusk And Her Embrace, which includes a final track with Cronos of Venom. As if those six reissues weren’t enough, Cradle of Filth also has two more reissues set for July 31. They are reissuing their 1996 EP, Vempire Or Dark Faerytales, which was their first official North American release. A reissue of The Principle Of Evil Made Flesh at this date, which was their 1994 debut album.