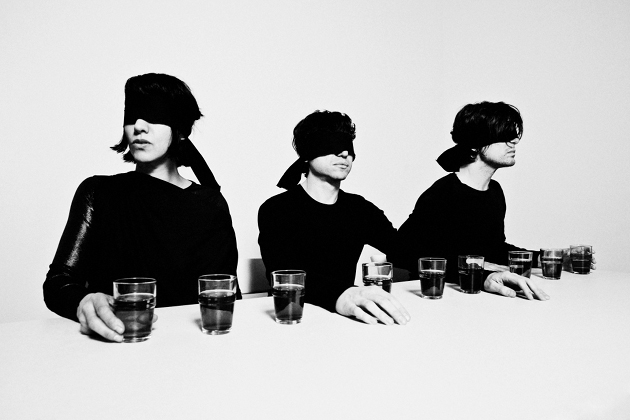 Listening to Autolux is a multi-dimensional experience in soundscape tourism. It’s been six years since the release of their first full-length album Future Perfect and listening to it today still feels like trying to excitedly figure out the meaning behind an impossible and irresistible riddle, knowing the answer is something beautiful . Pretty sure it also still has the ability to make other bands extremely jealous of how ridiculously well it blends old influences of 90’s experimental indie rock past and ultra slick and smooth running neo-futuristic beats. And do we even need to talk about the notorious 10 second drum intro to Turnstile Blues? Still pretty much mind-blowing.

Fast forward to August of this year and the release of Autolux’s second full length LP Transit Transit. Essentially, it builds on the brand of noise presented by Future Perfect six years ago. Furious and driving drums with waves of eery white noise feedback spiraling around a dreamy hazy core of lustrous and stream lined electronic noise still create the backbone of the sound. The blending of techniques past and present is fluid and seamless, you’re still being comforted and confused at the same time. Tracks Transit Transit and Census get the heart pumping real fast and present many occasions of unpredictable drum action and lots of unique digital manner. What separates the two attempts mostly is how densely everything is packed together. While on Future Perfect it seems as if every second is filled to the brim with as much as it can handle, Transit Transit has a more minimalist approach with a lot more unfilled space. Atonal airy softness is present throughout, most notably on tracks such as HighChair and The Bouncing Wall. This has been met with both positive reaffirmation that it’s an obvious choice in direction for the band, and other not so positive opinions that it’s too little of a push in sound evolution for such an extended period of time considering all that has happened with electronic aided music these past few years. No matter the opinion, it’s not hard to see how carefully calculated Autolux is in putting every minuscule whisper of the slightest resemblance of noise together for listener consumption.

Seeing Autolux live gives a lot of perspective on just how much goes into creating such a complex sound picture. From the moment they take the stage to the last note of an encore track, its an epic battle of musician vs. instrument. Eugene and Greg mercilessly punish guitar and bass to create the largest wall of feedback they can possibly get from their battered tools and can be seen fully entranced all show long by loop pedals and knobs galore, meticulously twisting and turning everything just right.You can physically feel the powerful rush of noise Autolux creates with constant sonic waves making your skin tingle with each hit. The real star of the stage is drummer Carla. She really gives far too many of her peers a swift run for their money with what she does up there. Weird to think an elbow injury a little while back almost snuffed out such awe inspiring talent permanently. Lucky for us all, some titanium screws fixed that, and she can continue to melt faces this Thursday at Emo’s.

Both Trent Reznor and Thom Yorke can’t possibly be wrong, if they sing praises of Autolux, so shall you.